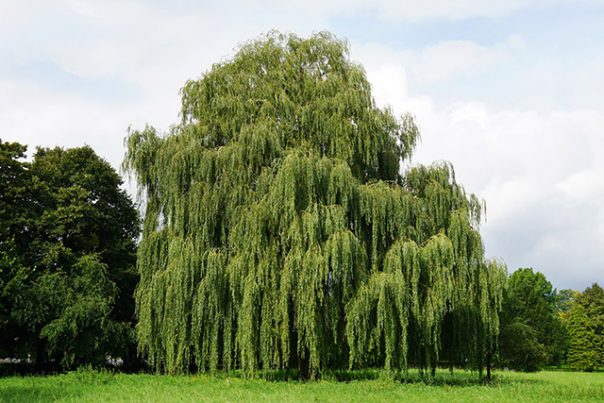 Willow plants may not look alike – some are small and shrub-like, others reach a height higher than the tallest of humans. Their leaves, however, all look thin and lance-shaped. They have a gray bark and slender branches that produce yellow flowers in April and green leaves in May. Willows are usually found nearby streams.

The active extract of the willow bark, called salicin, got its name from the Latin name for white willow, which is Salix alba. French pharmacist Henri Leroux and Italian chemist Raffaele Phiria separated salicin from willow in 1828.

Willow is considered by many as the original aspirin. The former, however, is said to be a safer alternative to the latter. 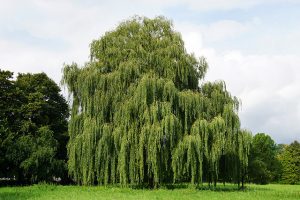 Willow has anti-inflammatory properties. People who are suffering from rheumatism and arthritis can dip in waters wherein willow leaves have been submerged in and can instantly feel relief.

As was said earlier, willow can work as a painkiller and is usually compared to aspirin regarding its pain-relieving capabilities. It can lessen the pain felt by women who are suffering from menstrual cramps and alleviate pain due to premenstrual syndrome symptoms.

It can even address pain brought about by neuralgia, which is characterized by a sharp, shooting pain in the jaw, teeth, or gums due to a damaged nerve. It can even be used for something as simple as lower back pain.

Willow is good for weight-watchers. Although not necessarily inducing a “full” feeling that can lead to a loss of appetite, willow can be mixed with other herbs and ingested so that the effect of other weight-loss inducing medicinal herbs can be heightened.

Willow is good for the skin. It contains salicylic acid, which is a beta hydroxy acid that rejuvenates the skin by getting rid of dead skin cells and at the same time minimizing pores, making it the perfect treatment for acne, according to a study that was published in the journal Clinical Therapeutics.

Willow is good for the cardiovascular system. It can prevent heart attacks, because drinking willow bark tea can thin the blood, decreasing its chances of clotting.

Ways to use willow

The barks of willows can be eaten. They can be eaten raw – they don’t taste good, though. They can also be dried and ground into flour, and then cooked, making their taste seem somewhat passable; however, they really don’t leave the category of “emergency food”. Their taste can also be improved by steaming or boiling before cooking.

Willow can also be taken as a tea. Incorporate anise, ginger, or cinnamon to your willow tea to give a better flavor to it. Willow is also available in liquid extract and powdered form.

Do not ingest willow bark if you have an allergy to aspirin or are currently on anti-platelet or anticoagulant medication as the infusion of willow along with those kinds of medication can cause stomach bleeding.

Also, according to Dr. Matthew Brennecke, who is a naturopathic doctor at the Rocky Mountain Wellness Clinic in Fort Collins, Colorado, “The use of too much white willow bark can lead to gastric ulcers, which can be very painful and are associated with gastric cancers as well.

Too much white willow bark can also be the cause of Reye’s syndrome in children, which can cause liver and brain swelling and have a possibility of death.”

Willow can work as a painkiller and is usually compared to aspirin regarding its pain-relieving capabilities.

Willow is good for weight-watchers.