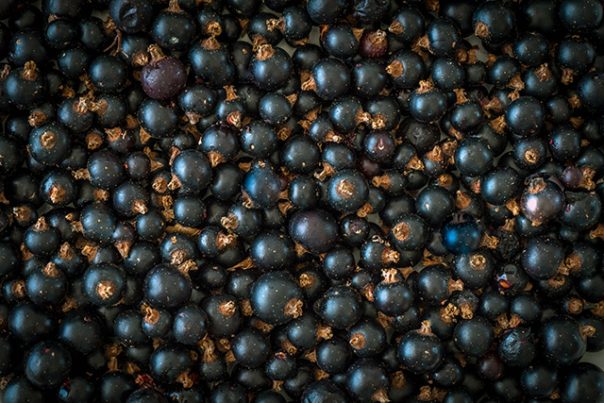 Blackcurrant seed oil is derived from the blackcurrant fruit which, as their name so deliciously suggests, are black berries that leave a purplish, almost bruise-like color on the tongue when eaten. This disastrous aesthetic frightened earlier farmers who thought the fruit to be dangerous. The folklore was further exacerbated by the belief that blackcurrants carried a fungus which harmed neighboring plants. This was a strongly-held superstition for several scores of years. A shame, really, considering the health benefits both the fruit and oil are now known to provide.

There are many health benefits of the fruit itself but this entry will focus on the oil derivative, taken mostly from the seeds. However, please do take note that some benefits of both the fruit and oil tend to intertwine.

Most blackcurrant seed oil is derived by the cold-pressed method. This is the cleanest, most natural way to receive all its health benefits. Other extraction methods involve solvents and supercritical carbon dioxide. These amplify yield but also create a bigger chance of impurities mixing in with the substance. Take special precaution when buying your blackcurrant seed oil. Only do so from a reputable grocer. 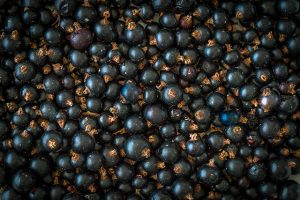 The oil is an incredibly rich source of gamma-linoleic acid (GLA). This fatty acid is known to be one of nature’s best anti-inflammatory and antioxidant agents. Despite it being considered a “forbidden fruit” in days of old, scientists describe it today as an elixir of life. Typically, blackcurrant seed oil is sold in soft capsules and is purported to provide the following therapeutic benefits:

The oil is, perhaps not a one-stop remedy for overall well-being, but an excellent addition to one’s diet. It supports all body systems by allowing each organ to function properly and ward off diseases.

Blackcurrant seed oil is derived from the seeds of the seductively purple blackcurrant. The oil is rich in gamma-linoleic acid (GLA) and is a powerful anti-inflammatory. It is normally sold in capsule form.