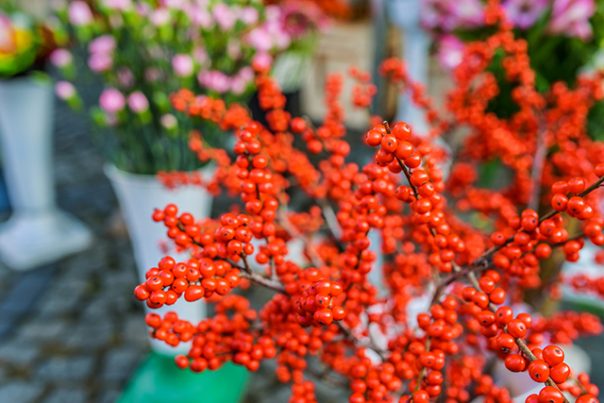 A buffaloberry shrub usually reaches a height of two to seven feet tall. It has brown branches that are covered with silver scales and thorns. Its fruits are red or bright yellow and taste slightly sour.

Having the consistency of a raisin when dried, a buffaloberry’s acidity makes it a good option for winemakers as a veritable ingredient. It grows on a tree that is related to the olive family which is mainly found in western North America, especially on Indian reservations, a land on which most other crops cannot live in.

Buffaloberries are given other names such as bulberry, chaparral berry, graise de boeuf, rabbitberry, silverleaf, soapberry, and soopolallie. 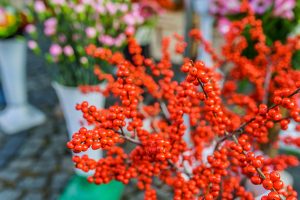 A team from the University of Saskatchewan in Canada attested to the nutritional profile of such fruits as buffaloberries, with POS Bio-Sciences in Saskatoon Vice President of Technology Dr. Rick Green saying, “There is increasing interest in the commercial development of [buffaloberry, chokeberry, and sea buckhorn] since historically it has been thought they may provide nutritional and health benefits. Our results provide evidence that these fruits do, in fact, possess such nutritional benefits and contain compounds of interest for their health and wellness attributes.”

It has these many nutritional benefits that a study that was published in the Journal of Food Science stated that it can be the next big superfruit.

Buffaloberry has cancer-fighting elements. This is because of buffaloberry’s high lycopene content, with the Journal of Food Science study saying it is “high in comparison to tomatoes and other commercially available fruit”.

Buffaloberryhas anti-inflammatory properties. It can serve as treatment for arthritis, sores, swelling, and localized body aches that affect muscles and joints.

Buffaloberry is good for the skin. It can get rid of your irritating acne problems in no time.

Buffaloberry is good for the respiratory system. It can serve as treatment for ailments like tuberculosis.

Buffaloberry is good for the digestive system. It can be reliable in treating constipation, stomach issues, and in the worst case scenario, stomach cancer.

Buffaloberry is good for both the male and female reproductive systems. It reduces the symptoms of venereal disease and alleviates certain gynecological issues.

Buffaloberry is good for the immune system. It staves off the symptoms of fevers.

Ways to use buffaloberry

Buffaloberries have their use as food dye. It was also used as an ice cream ingredient by native American Indians; they made ice cream by beating water, sugar, and buffaloberries together in a basket. Buffaloberries also have their worth as the base material for making pudding, candy, dried cakes, porridge, preserves, relishes, sauces, and sweetened beverages.

Buffaloberries have no toxic effects. However, too much ingestion of them can cause diarrhea.

Here are other buffaloberry recipes for you to enjoy.

Buffaloberry is good for the respiratory, digestive, immune, and both the male and female reproductive systems.

Buffaloberry is good for the skin.