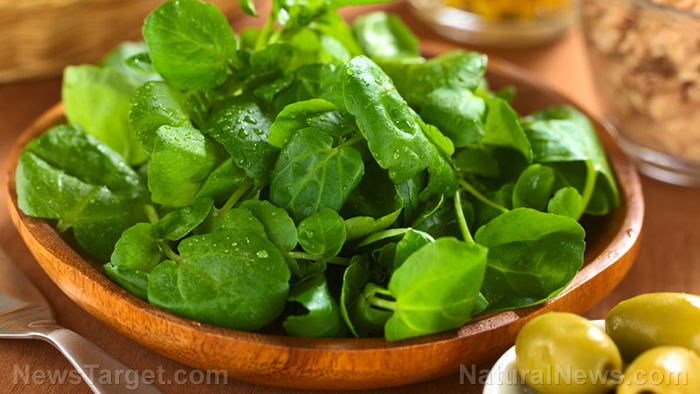 Watercress is a popular salad green characterized by its dark green leaves and crisp, paler stems.This cruciferous vegetable belongs to the same family as mustard, and is popular for its pungent, slightly bitter and peppery flavor. According to an article in BBCGoodFood.com, watercress is available all-year round, and is especially abundant from April to September. 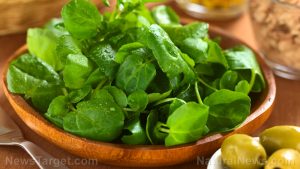 As with other green, leafy vegetables, watercress is loaded with essential vitamins and minerals that the body needs. An article in Nutrition-and-You.com effectively captures many of the popular salad green’s important nutrients.

The scientific community has long considered watercress as a superfood, largely due to its high nutrient content and efficacy against a plethora of diseases. Previous studies have shown the watercress possesses anti-carcinogenic compounds that stave off certain types of cancer. According to past studies, consuming even a single serving of watercress may prevent the onset and recurrence of breast cancer. A large number of research also show that incorporating watercress to one’s daily diet may lower the odds of developing stomach and lung cancer. Previous studies show that watercress may reverse cellular damage caused by smoking, and may even protect the cells from the detrimental effects of hydrogen peroxide. In addition, watercress consumption is associated with lower risk of developing colorectal cancer.

The cruciferous vegetable is also known to contain high levels of vitamin C that reduces cardiovascular damage caused by oxidative stress. Likewise, watercress is found to the slash bad cholesterol levels, which in turn reduces the likelihood of developing arteriosclerosis and other chronic heart conditions. The high folate content in watercress is touted to prevent the onset of stroke.

Watercress is also high regarded for its beneficial effects on the thyroid glands. The salad green is known to reduce thyroid hormone production, and may be especially beneficial if consumed raw. Additionally, the rich calcium supply in watercress may fortify the bones and lower the odds of bone mineral loss. Watercress is specifically beneficial in preventing osteoporosis.

In addition, watercress is found to be an effective antidepressant. The folate in watercress works with neurotransmitters in the nervous system to produce serotonin. The same nutrient is known to stave off cognitive decline. Previous studies have shown that middle-aged to senior participants who included watercress in their diets exhibited positive outcomes in their cognition and verbal fluency. The high folate content in watercress is also found to protect pregnant women from neural tube deficiency.

Furthermore, watercress is known to prevent the onset of cataracts, childhood asthma, and common colds.

Ways to use watercress

Aside from being a popular salad green, watercress can also be used in making soups and egg dishes. An article in HuffingtonPost.com features an interesting array of watercress recipes.

Watercress may also stave off stress, osteoporosis, and cognitive decline.

The salad green supports the heart and the circulatory system, the immune system, and the skeletal system.

The superfood is beneficial to the thyroids, the eyes, the lungs, and the brain.