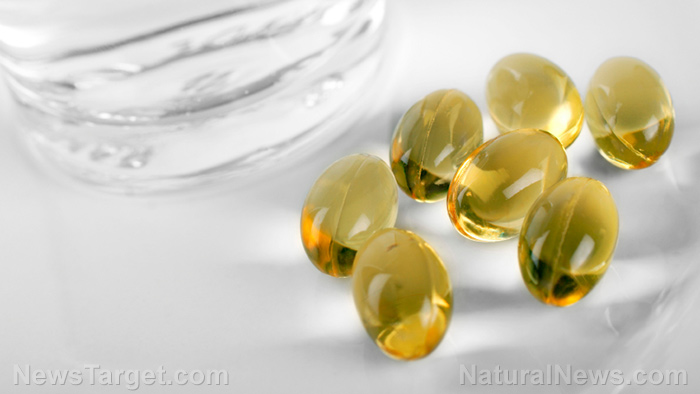 Vitamin E is composed of six fat-soluble compounds under the classification of tocopherols (methyl derivatives of tocol) and tocotrienols:

Tocopherol is very important in how vitamin E functions as a nutrient. Tocopherol is derived from the Greek words tocos which means childbirth and pherein which means to bring forth – this calls to mind the role that vitamin E plays in human and animal reproduction. The -ol, on the other hand, is the standard ending for for a chemical alcohol.

Vitamin E is stored mainly in the fatty (adipose) tissues, the liver, and the muscles of the body. It is found in cold-pressed vegetable oils such as safflower, canola, corn, olive, cottonseed, and soybean.

The dosage for disease prevention and treatment for adults is 400 to 800 international units (IU) of vitamin E per day. Consult your doctor first before giving vitamin E to a child. Vitamin E should be avoided by people who are taking blood thinners such as warfarin (Coumadin), aspirin, or clopidogrel (Plavix) due to risks of bleeding. 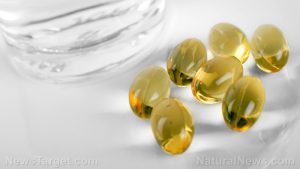 Vitamin E has antioxidant properties. It shields the body from the harmful effects of free radicals and protects unsaturated lipids from oxidation. It also ups the body’s resistance against serious illnesses like heart disease and cancer.

Vitamin E can help treat tardive dyskinesia, which is a side effect of the prolonged intake of psychotic medications and is characterized by involuntary movements of the face, jaw, lips, and tongue. It can also protect against the side effects of AZT, a drug that is used to treat human immunodeficiency syndrome (HIV) and acquired immune deficiency disorder (AIDS).

Vitamin E is good for the cardiovascular system. Studies show that people who have high amounts of vitamin E in their bodies have lower chances of incurring a heart ailment. For instance, the Heart Outcomes Prevention Evaluation (HOPE) trial showed that taking 400 IU of vitamin E (d-alpha-tocopherol) lowered the risks of heart attack, stroke, or death from heart disease.

Vitamin E is good for the digestive system. Studies have shown that people who took vitamin E along with vitamin A and vitamin C, or as part of a multivitamin, are protected against colorectal adenoma, or the glandular tumor of the colon and the rectum, which is the precursor to colon cancer.

Vitamin E is good for the respiratory system. According to one study of more than 77,000 men, taking vitamin E showed a small decrease in lung cancer risk.

Vitamin E is good for the male reproductive system. Research suggests that men who take more vitamin E have a lower risk of incurring prostate cancer. As a matter of fact, a study concluded that taking six milligrams (mg) of beta-carotene, 100 micrograms (mcg) of selenium, 120 mg of vitamin C, 30 mg of vitamin E (alpha-tocopherol), and 20 mg of zinc can reduce the risk of prostate cancer in men who have normal prostate-specific antigen levels.

A different study showed that 29,133 smokers who took a daily dose of 50 mg of vitamin E had a lower risk of incurring prostate cancer or dying from prostate cancer. Researchers, however, said getting vitamin E from food, not from supplements, is the best way to fight against diseases.

Vitamin E is good for the nervous system. A study showed that people who have high levels of vitamin E – and not just d-alpha-tocopherol, the kind that is found in supplements – are less likely to develop Alzheimer’s disease as they age.

Vitamin E is good for the ocular system. Taking it (400 IU) along with beta-carotene (15 mg), vitamin C (500 mg), and zinc (80 mg) can guard against the development of age-releated eye diseases such as macular degeneration, which is the leading cause of legal blindness in people over 55 in the United States. Vitamin E can also protect against uveitis, which is the inflammation of the uvea, or the middle layer of the eye between the sclera and the retina.

Vitamin E is good for the female reproductive system. A study showed that women who took 500 IU of vitamin E for two days before and three days after menstruating experienced less pain.

Vitamin E is good for the excretory system. It helps protect the kidneys from damage.