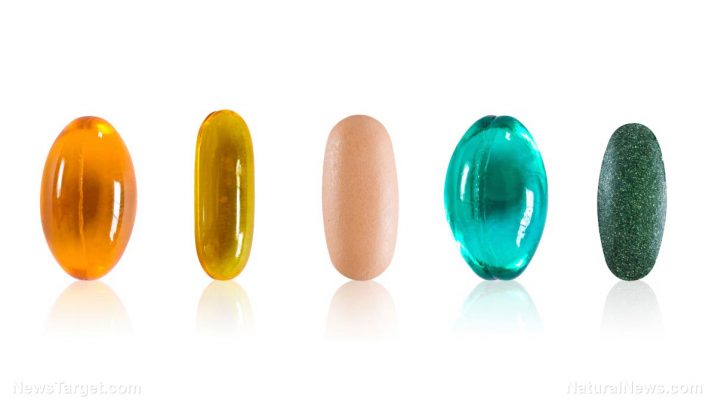 The B vitamins, which are also known as B-complex vitamins, consist of eight water-soluble vitamins, namely, B1, B2, B3, B5, B6, B7, B9, and B12. A lot of people mistake vitamin B as being just a single vitamin, but this can’t get farther from the truth, as vitamin B is made up of different nutrients that provide very different benefits.

American biochemist Elmer Verner McCollum and his team of scientists first discovered the B-complex vitamins some time between 1915 and 1917. Prior to that, vitamin A was discovered between 1912 and 1914 by Polish-Jew biochemist Kazimierz “Casimir” Funk. Vitamin A is the first of the 13 vitamins to be discovered. Since McCollum thought vitamin B was a singular vitamin, he went ahead and named his discovery vitamin B, which is the next letter that came after the first vitamin discovery.

The B vitamins were first thought to be a singular vitamin because they were usually found grouped together in the same kind of foods. They also pretty much benefit the body in the same way – by either converting food into energy or creating new cells, but they also have unique benefits on their own.

Let’s discuss the B vitamins in greater detail.

American chemist Robert Runnels Williams first isolated vitamin B1 or thiamin in 1935 while he was looking for a cure for the disease called beriberi, which is characterized by impairment of the nerves and the heart. It mainly aids the body in breaking down blood sugar into energy. Vitamin B1’s recommended daily allowance (RDA) is one milligram for men and 0.8 mg for women. One can obtain vitamin B1 by eating brown rice, green leafy vegetables, and whole grain products.

Vitamin B2 or riboflavin was discovered during the late nineteenth century but it wasn’t identified as a vitamin yet until 1935 when it was isolated by R. Kuhn and P. Karrer. Vitamin B2’s RDA is 1.3 mg for men and 1.1 mg for women. Ingesting dairy products such as milk, cheese, and yogurt can get you vitamin B2.

Vitamin B3 or niacin’s RDA is 19 mg for men and 15 mg for women. You can get vitamin B3 by eating eggs, meat, and peanuts. It was first discovered by American biochemist Conrad Arnold Elvehjem in 1937 while he was trying to find a cure for pellagra, which is characterized by four Ds: diarrhea, dementia, photosensitive dermatitis, and death.

American biochemist Roger John Williams discovered vitamin B5 or pantothenic acid in 1933 when he determined that it was a growth factor in yeast. Its RDA is 5 mg for both men and women. It can be obtained by eating eggs, fresh vegetables, and salmon.

Vitamin B6 or pyridoxine’s RDA is 1.4 mg for men and 1.2 mg for women. Eating nuts, peas, and salmon can help you gain your vitamin B6 requirement. It was first discovered by Hungarian-born American nutritionist and pediatrician Paul Gyorgy in 1938 as part of his research into a cure for acrodynia, which is characterized by pain and dusky pink discoloration in the hands and feet of young children who were exposed to mercury.

Vitamin B7 or biotin was first noticed by M. A. Boas in 1927 and isolated by American biochemist Vincent du Vigneaud in 1940. Its RDA is 0.03 mg for men and 0.01 mg for women. Eating liver and egg yolks and drinking milk can help you obtain your vitamin B7 requirement.

Vitamin B9 or folate was first noticed by English haematologist Lucy Wills in 1930 and isolated by American researcher Henry Mitchell in 1941. Its RDA is 0.2 mg for both men and women. It can be found in green leafy vegetables like spinach, green beans, and broccoli.

Vitamin B12 or cobalamin was discovered at the same time by American biochemist Karl August Folkers, E. Lester Smith, and L. F. S. Parker in 1948, while they were looking for a cure for pernicious anemia. Its RDA is 0.002 mg for both men and women, and it can be obtained by eating liver, fish, and dairy products. 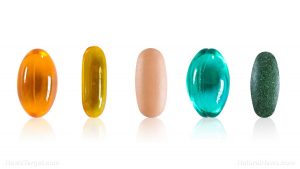 Medicinal uses for vitamin B

Vitamin B1 or thiamin mainly aids the body in breaking down blood sugar into energy.

Vitamin B2 or riboflavin also helps the body in breaking down blood sugar into energy. It is also good for healthy skin and eyesight.

Vitamin B3 or niacin converts blood sugar into energy.

Vitamin B6 or pyridoxine breaks down proteins into a form that the body can use.

Vitamin B7 or biotin breaks down fats and carbohydrates and transforms them into energy. It also helps in the breakdown of fatty acids.

Vitamin B9 or folate’s chief function is to aid the body create deoxyribonucleic acid (DNA) and ribonucleic acid (RNA). It also works in tandem with vitamin B12 or cobalamin to produce red blood cells.

Vitamin B12’s main function is to produce DNA and RNA along with vitamin B9.

Body systems supported by vitamin B

Vitamin B1 or thiamin is good for the nervous system.

Vitamin B3 or niacin is good for the digestive system.

Vitamin B6 or pyridoxine is good for the endocrine system. One of its chief functions is to regulate the secretion and production of hormones. Vitamin B12 or cobalamin has the same function.

The B vitamins, which are also known as B-complex vitamins, consist of eight water-soluble vitamins. They also pretty much benefit the body in the same way – by either converting food into energy or creating new cells.

Tagged Under: Tags: Vitamin B