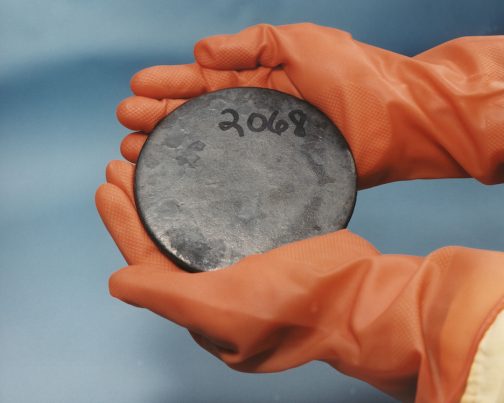 The Japanese city of Hiroshima had a 10-foot-long bomb fall on it on August 6, 1945. This was the first instance that an atomic bomb was used in warfare, and it capitalized on one famous element to create pandemonium: uranium. This radioactive metal is distinctive in such a way that one of its isotopes, uranium-235, is the only naturally occurring isotope that has the capacity to sustain a nuclear fission reaction.

Uranium is a highly radioactive element – its nucleus is unstable so it is in a constant state of decay, looking for a more stable arrangement. As a matter of fact, uranium is the one that made the discovery of radioactivity possible.

Uranium was discovered in 1789 by German chemist Martin Heinrich Klaproth, although the element had been known about since at least 79 A.D., when uranium oxide was used as a coloring agent for ceramic glazes and in glass. Klaproth found uranium in the mineral pitchblende, which was thought to be a zinc and iron ore at the time.

According to the Los Alamos National Laboratory, Klaproth got the name for the new element from the Greek god of the sky, Uranus. In 1841, French chemist Eugene-Melchior Peligot isolated pure uranium by heating uranium tetrachloride with potassium.

In 1897, French physicist Antoine Henri Becquerel placed some uranium salts on a photographic plate as part of a study on how light influenced these salts. However, the plate got foggy, showing some sort of emissions from the uranium salts. Becquerel went on to win a Nobel Prize for this discovery, along with French-Polish physicist Marie Sklodowska Curie and French physicist Pierre Curie, in 1903.

Uranium has the atomic number of 92, atomic symbol of U, atomic weight of 238.02891, density of 18.95 grams per cubic centimeter. It takes the solid form at room temperature, has a melting point of 2.075 degrees Fahrenheit (1,135 degrees Celsius), and has a boiling point of 7,468 degrees Fahrenheit (4,131 degrees Celsius), according to the Jefferson National Linear Accelerator Laboratory.

There are mining sites for uranium in 20 countries, with over half coming from Australia, Canada, Kazakhstan, Namibia, Niger, Russia, according to the World Nuclear Association. 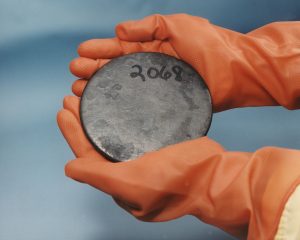 Marie Curie, who handled uranium for several years as part of her work, most likely died in 1934 due to radiation exposure. She developed aplastic anemia, a red blood cell disorder that was probably caused by radiation damage to her bone marrow.

Uranium is bad for the excretory system. It can severely damage the kidneys upon exposure.

Items that can contain uranium

Uranium is used to color glass. When glass is colored with uranium, it glows greenish-yellow under black light. This is due to the ultraviolet light exciting the uranyl compound in the glass, causing it to release photons as it settles back down.

This year, a patent of Los Alamos National Laboratory scientists Igor Usov and Milan Sykora, opens the possibility of using depleted uranium from nuclear reactions to create solar cells. To add to this, Thomas Meek at Oak Ridge National Laboratory stated that uranium oxide would provide the highest possible solar-cell efficiency when compared with the traditional elements and compounds for the same purpose.

How to avoid uranium

One can avoid the fatal effects of uranium exposure by preventing its contamination of certain areas, such as water sources and sewers. Always remember to keep the material dry. In case of spillage, never sweep it from the floor or from a table.

Uranium is bad for the excretory system. It can severely damage the kidneys upon exposure.

Uranium is used to color glass.

There are mining sites for uranium in 20 countries, with over half coming from Australia, Canada, Kazakhstan, Namibia, Niger, Russia, according to the World Nuclear Association.