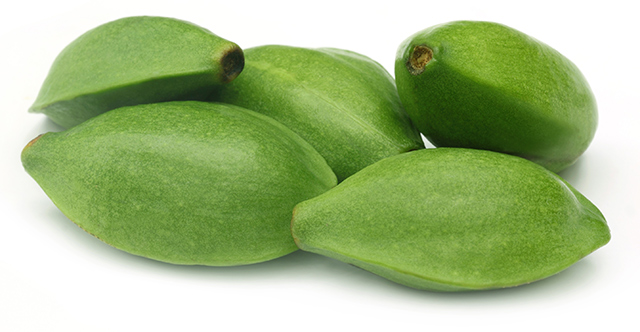 Tropical almond is a large, hardy tree that belongs to the leadwood plant family. The tree is native to the East Indies and primarily grows in warm, tropical regions of Asia, Africa, and Australia. The tree’s fruit is botanically classified as a drupe, which resembles the size and shape of an almond fruit. The fruits are green when unripe then yellow, and eventually red when they are fully ripe. The ripe fruit has an edible pulp that tastes sweet and slightly sour. The thick, hard stone contains the edible kernel that has an almond or hazelnut flavor, according to an article posted on the Eat The Weeds website. Tropical almond comes in many names such as Malabar almond, sea almond, and tavola nut. 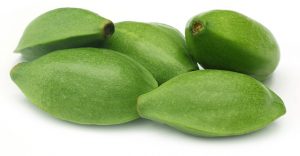 The plant is found to contain potent antioxidant properties as well. A 2015 study has shown that tropical almond extracts were able to inhibit the proliferation of free radicals by more than 73 percent.

Tropical almond is also touted for its analgesic effects. According to a study published in 2013, tropical almond possessed potent antinociceptive properties that inhibited the neurons from detecting an injurious or painful stimulus.

Eating tropical almonds may also greatly benefit the digestive system. The plant is noted for its antihepatotoxic activity that effectively eliminates free radicals and mitigates the risk of developing liver diseases such as hepatitis. Extracts taken from the fruit — such as methanol, petroleum ether, and aqueous constituents — are found to contain anti-diabetic properties at low dosage levels. These extracts are shown to have a dose-dependent effect on the body’s overall blood sugar levels. In addition, a 2014 study has revealed that the plant can be used in preparing a cardiac stimulant.

People suffering from various skin disorders may also reap benefits from using the plant. The leaves are traditionally used as a remedy to various skin diseases such as dermatitis. Tropical almond is also found to counter the harmful effects of free radicals and boost collagen production. This, in turn, promotes skin health and prevents the onset of premature skin-aging, wrinkles, hyper-pigmentation, and spots.

The plant is also traditionally used in folk medicine as a treatment for other diseases, which include:

Tropical almond is best known for its positive effects on the body’s overall immunity. The plant is valued for its efficacy in maintaining a healthy digestive system as well. Likewise, the plant helps boost heart health and keeps the skin in top shape. The plant also supports the eyes, the bones and joints, and the respiratory tract.

Ways to use tropical almond

The fruits can be eaten raw, especially when young. The stones can be cracked to obtain the seeds, which can be eaten raw or used in preparing salads, smoothie or side dishes. Likewise, the seeds are also found to contain essential oils that can be used in cooking. An entry posted on the Nutri Recipes website features an interesting recipe using the fruit.