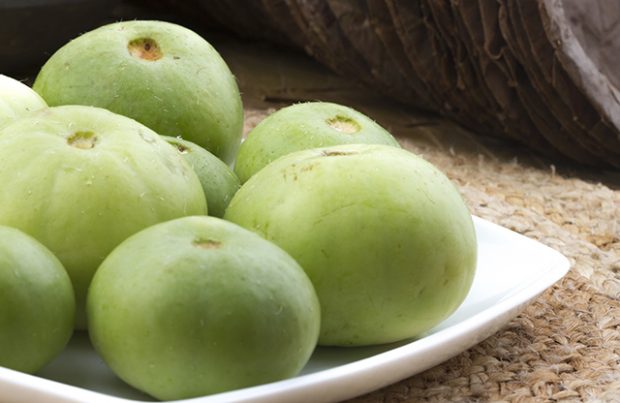 Tinda is a popular vegetable native to India. The plant, also called Indian apple gourd, is a member of the Cucurbitae plant family. The vegetable is characterized by its small size that resembles a cross between a green apple and a pumpkin. Tinda is especially popular in Northern India and Pakistan, and is steadily gaining steam in Southern California where it is sold in farmer’s markets and Asian food stores. 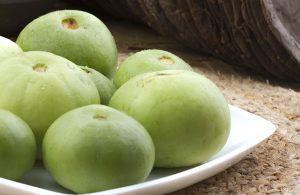 Masala is packed with essential nutrients that help improve the body’s overall health. An entry on Herbpathy.com lists the important vitamins and minerals found in tinda, which include:

Tinda is best known for its beneficial effects to the digestive system. The vegetable contains soothing properties that alleviate various digestive issues. In Pakistan, tinda is widely used as a remedy to piles and constipation. The superfood’s high water and fiber content facilitates digestion and inhibits the absorption of toxic chemicals in the intestines. Aside from this, tinda is found to improve the stomach’s pH balance, which in turn relieves stomach acidity.

Tinda is also touted for its anthelmic properties that effectively eliminate parasitic worms — such as tapeworm, roundworm, and other intestinal parasites — from the body. Tinda juice is found to paralyze the worms in the same way Albendazole (a common anthelmic drug) does. Additionally, the superfood’s high water content promotes satiety and helps facilitate weight loss. Likewise, the high water supply in tinda offers diuretic properties that stimulate urination and help flush out excess water and toxins from the body.

In addition, tinda is touted for its cardiovascular benefits. The vegetable contains potent antioxidants that protect the heart from oxidative stress. Likewise, the superfood’s low-fat, high-fiber content regulates the body’s blood pressure levels. Tinda is also believed to be a potent food fare against prostate cancer due to its high antioxidant content.

Moreover, tinda’s powerful antioxidants are known to counter the effects of free radicals and fortify the body’s immunity against a host of diseases. Besides this, tinda contains antimicrobial properties that help stave off a variety of infections. Additionally, the globulin in tinda seeds is found to promote nutrient transport across the body and improve the overall circulation. Furthermore, tinda seeds contain omega-6 fatty acids that bolster brain function and support the nervous system. Likewise, the superfood is known to improve skin and hair health.

Tinda is particularly helpful in maintaining a healthy digestive profile. Likewise, the high antioxidant levels in tinda are beneficial to the immune system. Tinda is also shown to be especially helpful is boosting the body’s cardiovascular status. The superfood greatly supports the urinary system as well. The high nutrient content in tinda is also notably effective in improving the circulatory and nervous systems.

Ways to use tinda

Tinda is harvested during its immature state and is used in vegetable dishes. The unripe fruit is commonly used in candied preserves and pickles, while its seeds are consumed as a snack. Tinda goes well with other vegetables such as eggplants, potatoes and peas. Tinda is also usually used in a vegetable dish called subzi, which includes curry and other spices. Likewise, the gourd can be added to vegetable masala. An article posted on RuchisKitchen.com features an interesting recipe for tinda masala.of parasitic worms and so much more

Tinda is beneficial to the digestive, cardiovascular, and immune systems.