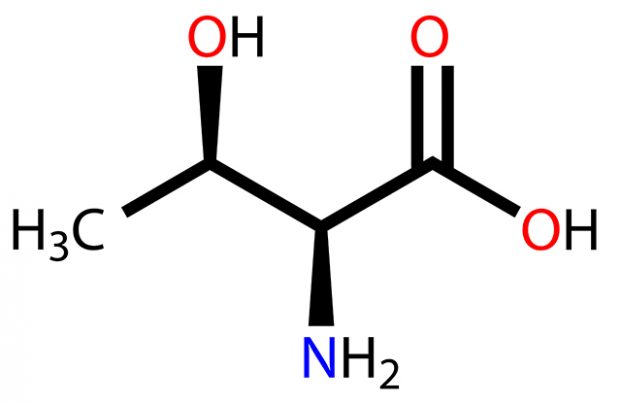 Threonine, which has the chemical formula HO2CCH(NH2)CH(OH)CH3, maintains the balance of proteins in the body.

You can obtain threonine by eating dairy, eggs, and meat. Vegans can also acquire their supply of threonine by ingesting beans, nuts, vegetables, and wheat germ. Threonine is also available in amino acid capsules, tablets and protein bars, or powders.

People who lack threonine in their daily diets can encounter difficulties in digestion, emotional issues, agitation and anxiety, intestinal infections, and fatty liver disease. A balanced diet – one which is rich in the three basic food groups: carbohydrates, protein, and vitamins and minerals – can address a deficiency in threonine. If however, you are a vegan, and would rather not eat meat just to get your body’s requirement of threonine, you can opt to take supplements. 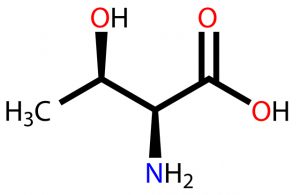 First and foremost, threonine ia an amino acid that is known for ensuring better absorption of other nutrients into the body.

Threonine is good for the central nervous system. As with other amino acids, it also contributes a lot to your proper mental health by boosting cognitive functions.

Threonine is good for the muscular system. It is a precursor to both serine and glycine, which are other amino acids that are necessary for muscle tissue production.

Threonine is good for the digestive system. An ample amount of threonine in the body is absorbed in the upper reaches of the small intestine, or the ileum. Threonine protects the digestive tract by producing a mucus gel layer that serves as a barrier against digestive enzymes that can cause damage to the intestines. This means that threonine is essential to support healthy gut function, which includes proper digestion.

As such, threonine can serve as treatment for celiac disease, which is an autoimmune disorder that negatively impacts the small intestine by reacting negatively to gluten, which is a protein that can be found in barley, rye, and wheat. Symptoms of this ailment include abdominal bloating, bone or joint pain, constipation, cramping, diarrhea, fatigue, irritability, moodiness, mouth ulcers, and unexplained weight loss.

A deficiency in threonine can lead to digestive disorders, which include a reduction in the gut mucus barrier, resulting in not only negative effects to the immune system but also difficulties when it comes to nutrient absorption.

Threonine is good for the immune system. It boosts the function of the endocrine gland known as the thymus gland, which is located to the right and above the heart, behind the sternum or breastbone, and in front of the trachea and aortic arch. A well-optimized thymus gland is needed so that the body can fight allergies and autoimmune diseases that require T-cell (a type of lymphocyte which addresses cell vulnerability to diseases) production.

Threonine is good for the muscular and skeletal systems. It is needed for proper tissue buildup, maintenance, and repair. It is also essential for the metabolism of bone muscle in the body.

Threonine is good for the excretory and cardiovascular systems.

Threonine provides for the better absorption of nutrients into the body.

You can obtain threonine by eating dairy, eggs, and meat.