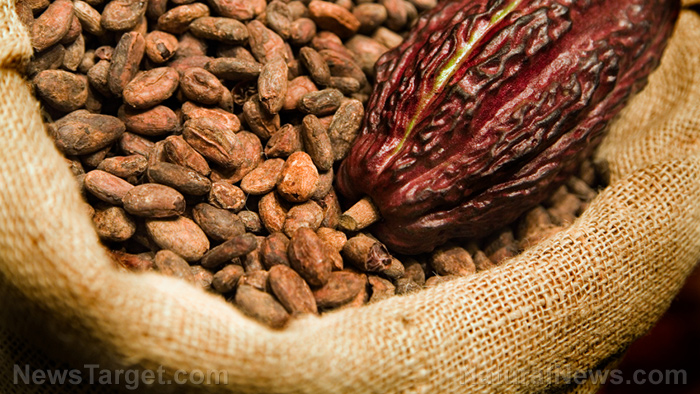 Theobromine is the primary alkaloid found in cocoa beans and dark chocolate. The alkaloid contains a structure that is similar to caffeine. However, the compound’s effects are about 10 times weaker compared with caffeine, according to an entry posted on the Phytochemicals website.

The compound was first isolated from cacao beans in 1878. Theobromine comes from Theobroma, the genus name for the cacao plant. The word Theobroma means “food of gods” in Greek. The alkaloid is subsequently synthesized from xanthine. Hence, this synthesized compound is called xantheose.

Cocoa beans contain significantly high theobromine levels at about 25 grams per kilogram, while dark chocolate contains about 10 g/kg and milk chocolate at about two to five g/kg. Aside from chocolates, theobromine can also be found in great abundance in teas and cola nuts. 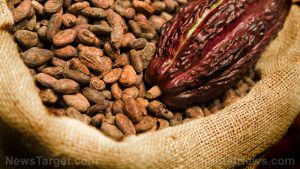 Theobromine’s primary function is to improve the body’s cardiovascular health. An article published on the Herbs2000 website noted that the alkaloid acts as a vasodilator that helps dilate the blood vessels and promote blood flow. This, in turn, reduces blood pressure levels and lowers the odds of developing various heart diseases.

The compound has been traditionally used to alleviate pressure on the circulatory system. The alkaloid’s vasodilating properties are shown to mitigate the risk of hypertension, angina pectoris, and other cardiovascular conditions, according to an article published on the Supplement Police website.

The vasodilating effects of theobromine may also prove beneficial in promoting the body’s endurance and performance. The compound is shown to boost blood flow and significantly increase the body’s capacity to undergo strenuous activity for extended periods of time. This effect is particularly beneficial in people who are trying to lose weight.

The alkaloid is known to bolster brain health too. Theobromine’s vasodilating effect helps promote blood flow and oxygenation in the brain, and prevent the onset of gray matter in the organ. This lowers the odds of suffering from cognitive issues.

In addition, theobromine is found to effectively relieve cough and promote the respiratory tract’s overall health. A 2004 study carried out by researchers at the Imperial College London revealed that theobromine contains therapeutic effects that help address coughing fits. The research team noted that the compound worked directly on the vagus nerves to mitigate cough. In fact, the alkaloid’s therapeutic properties are superior to those of the drug treatment codeine.

Theobromine helps relieve asthma attacks as well. The alkaloid is touted to relax the bronchial muscles and clear congested airways to ease breathing in patients suffering from the respiratory conditions.

Moreover, theobromine possesses powerful anti-inflammatory and antioxidant properties that help combat the adverse effects of free radicals. Previous studies have also shown that the compound reduces oxidative stress at a cellular level, according to a Nootropedia article.

Theobromine is particularly beneficial in maintaining heart health and promoting the body’s overall blood circulation. Likewise, the alkaloid boosts brain power and mitigates the risk of developing cognitive conditions. The compound also supports both the respiratory and the immune systems.

Theobromine enhances brain health and supports both the respiratory and the immune systems.