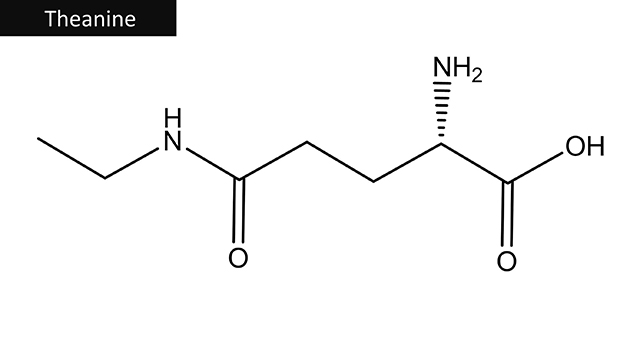 Theanine, which is also called Gamma-ethylamino-L-glutamic acid, is a non-essential amino acid that is present in fungi and plants. Being a non-dietary amino acid, its structure is similar to that of glutamine and its products glutamate and gamma-Aminobutyric acid.

There is little risk that theanine can be abused since it is metabolized by the same pathways that other amino acids go through in the body. 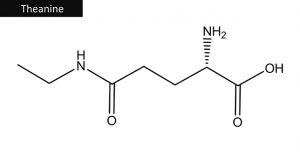 Theanine has sedative properties that allows you to rest well during the night. It can be a good relaxant for it doesn’t impair one’s cognitive abilities – just puts one at ease.

Theanine is good for the central nervous system. It traverses the brain and influences neurotransmitters to induce calmness, alleviate stress, and allow the brain to have mental focus. It also promotes positive energies and allow for the dissipation of mood swings.

Another study found that the combination of theanine and green tea extract boosted ability by boosting its ability for recognition in men and women who suffered from minor brain damage. Meanwhile, the combination of caffeine and theanine heightens alertness, lessens fatigue, and improves task-switching accuracy.

Theanine also reinforces the positive effects of anti-psychotic treatments for patients who are afflicted with schizophrenia.

Theanine is good for the cardiovascular system. It stabilizes the harmful effects of stress-induced adrenaline secretion and regulates blood pressure, thereby making it possible for the heart to not be too pressured when pumping out blood.

Theanine is good for the circulatory system. It promotes the proper flow of blood throughout the body, thereby lessening the risks of sudden blood clots or ischema and other heart ailments such as heart attacks and stroke.

Theanine is good for the digestive system. It can serve as treatment for stomach ulcers at a dose of 10 mg per kilogram body weight; advanced stages of ulcers need a higher dose of 40 mg/kg body weight. It also decreases the side effects of non-steroidal inflammatory drugs as an antioxidant by inducing prostaglandin E production.

Theanine reinforces the positive effects of anti-psychotic treatments for patients who are afflicted with schizophrenia.

Theanine is good for the cardiovascular, central nervous, circulatory, and digestive systems.

Theanine has sedative properties that allows you to rest well during the night.