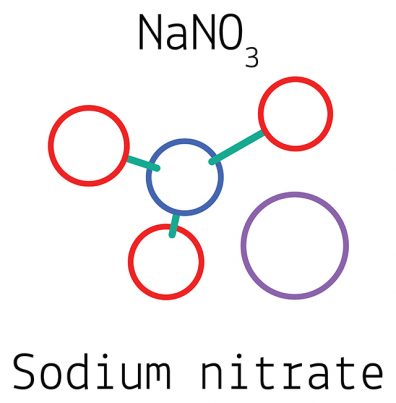 Sodium nitrate is classified as a noncombustible chemical, but is known to speed up the burning of otherwise combustible materials. An article posted on the open chemistry database Pub Chem reveals that the chemical is white crystalline solid in appearance and is commonly used in the production of solid propellants, explosives and fertilizers. The toxic compound is also used in a variety of processed food items – such as bacon, luncheon meats and jerky – in order to preserve the meats and extend their shelf life. 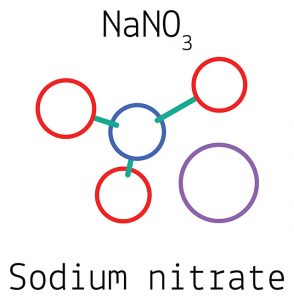 Harmful effects that can be caused by sodium nitrate

Sodium nitrate exposure may result in adverse conditions whether inhaled, ingested, or exposed to both the skin and eyes.

The food additive is particularly detrimental to heart health. According to a Live Strong article, sodium nitrate may cause damage to the blood vessels around the heart and may increase the risk of developing cardiovascular disease. A study carried out by the Harvard School of Public Health has also revealed that eating processed meats containing sodium nitrate may raise the odds of developing type 2 diabetes by up to 19 percent. Sodium nitrate exposure may elevate the risk of both stomach and pancreatic cancer, an expert adds. Likewise, the compound may induce neurological issues such as confusion, unconsciousness and convulsions as well as dizziness and mental conditions.

The food additive is also known to be harmful to the respiratory system. Inhaling the compound may lead to coughing and eventual onset of sore throat, according to a fact sheet published by the National Institute for Occupational Safety and Health (NIOSH). The article has stressed that wearing protective mask or installing a local exhaust may prevent inhalation. The article also recommends that people exposed to the toxic chemical should be brought to an area with fresh air. Immediate medical attention should also be sought following the exposure, the article notes.

The entry notes that exposure to the harmful food additive may result in skin and eye irritation as well. The compound is shown to cause adverse skin conditions characterized by rashes. The article suggests that people who suffer from rashes following sodium nitrate exposure wash the affected area with soap and water. Likewise, the article advises that people remove contaminated clothing. In addition, the harmful chemical is found to cause severe eye irritation, redness and pain. Experts recommend washing the eyes for several minutes and seeking medical attention if symptoms persist.

In addition, sodium nitrate exposure is associated with a plethora of digestive woes. The article reveals that ingesting the hazardous compound may result in gastrointestinal irritation, abdominal pain, nausea and vomiting. The article adds that the food additive may trigger the onset of diarrhea, labored breathing and blue lips, skin or fingernails. The article advises that people exposed to the compound rinse their mouth immediately. According to the article, people should seek immediate medical attention upon exposure.

Sodium nitrate is found to compromise cardiovascular health. Likewise, the harmful food additive may negatively affect the brain, the respiratory tract and the digestive system. The hazardous chemical may also cause damage to both the eyes and the skin.

Sodium nitrate is detrimental to both heart and brain health.

Sodium nitrate negatively affects both the digestive and respiratory tracts.

Sodium nitrate is harmful to both the eyes and the skin.