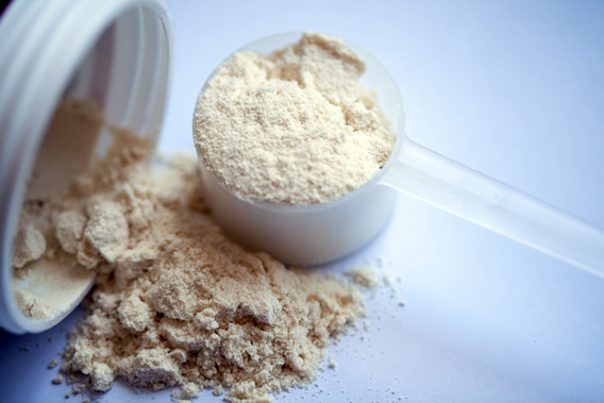 Sodium caseinate is a multi-functional and pure milk protein obtained by combining extracted casein with a sodium compound. Casein is the name for a family of naturally occurring, white-colored proteins that comprise about 80 percent of the proteins found in mammalian milk. Sodium caseinate itself is characterized by its whitish-yellow appearance, bland taste, and solubility in water.

In comparison to other caseinates like calcium caseinate and acid casein, sodium caseinate has a higher protein content and is the most water soluble. As such, this compound has a multitude of applications in the food industry, ranging from acting as an emulsifier to serving as a thickening agent.

As per the American Food and Drug Administration (FDA), sodium caseinate has been designated as a Generally Recognized as Safe (GRAS) substance. However, there are a number of side effects associated with sodium caseinate consumption and usage. 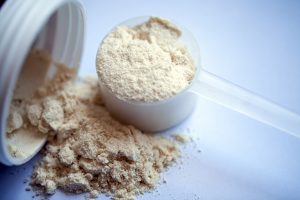 Sodium caseinate is not listed under the FDA’s dairy category due to the changes it underwent during the production process. Though as a milk protein, sodium caseinate can still elicit allergic reactions in those who suffer from milk allergies. Those with such a condition can immediately experience itchy eyes, rashes, swelling of the face, tongue, and throat, and a runny nose after eating sodium caseinate-containing food products. Abdominal cramps, excessive mucus production, and diarrhea can occur as well, though these usually take several weeks to manifest. Anaphylaxis, a life-threatening allergic reaction, can happen in a worst-case scenario.

In addition to milk allergy sufferers, sodium caseinate can affect individuals who are lactose intolerant. Eating foods made with sodium caseinate will often cause these people to experience stomach pains, bloat, diarrhea, and flatulence, depending on the amount of sodium caseinate ingested. Though a report published in the November 2014 edition of Food Science and Nutrition stated that sodium caseinate is low in lactose, those who are highly sensitive to it should still avoid products with this ingredient.

According to Buzzle.com, sodium caseinate has the risk of being contaminated with glutamic acid, a non-essential amino acid. Glutamic acid itself is said to cause headaches, numbness, nausea, and flushing, though this is still being debated on.

However, regardless of whether a person does or does not have milk allergies, the consumption of large quantities of sodium caseinate can place unnecessary strain on the kidneys.

Items that can contain sodium caseinate

Sodium caseinate can be formulated to perform a plethora of actions that make it ideal as a food additive: these include – but aren’t limited to – preventing sugar condensation, uniformly distributing fats, and achieving specific consistencies. Because of this, the following products may contain sodium caseinate:

How to avoid sodium caseinate

American food manufacturers will mark their food products with labels indicative of the possible sodium caseinate content. These labels will typically bear the statements “processed in a facility that also produces milk ingredients” or “contains milk ingredients.” This makes it easier to avoid sodium caseinate. Many international food brands may not be as clear cut, however, so look out for “milk” or “butter” on the list of ingredients.

As an extra precaution, sodium caseinate-free alternatives can be used in lieu of food products that would usually contain it. These include using soy milk instead of cow’s milk, coconut butter instead of regular butter, and dairy-free sorbets instead of traditional ice cream.

Sodium caseinate is a milk protein that certain individuals may be allergic to. Those who are will often experience a range of allergic reactions and gastrointestinal issues. Such symptoms can also be observed in lactose intolerant persons who’ve consumed food products with sodium caseinate.

Ingesting large amounts of sodim caseinate is said to harm the kidneys.

Sodim caseinate may contain the non-essential amino acid glutamic acid, which is believed to cause headaches, numbness, and flushing, among others.