Smallpox – causes, side effects and treatments at NaturalPedia.com 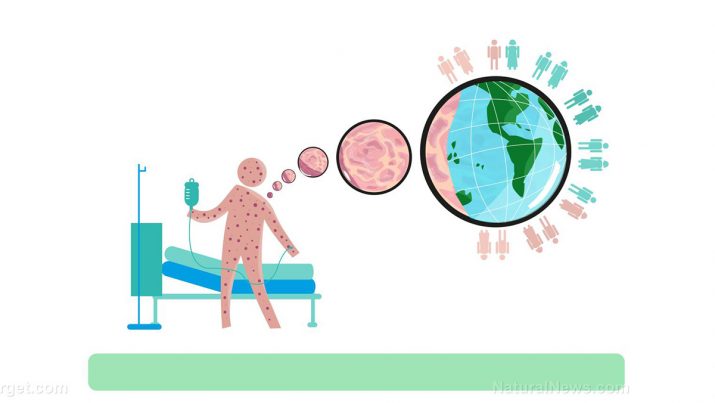 Smallpox is an extremely contagious and deadly disease caused by the variola virus for which there is no known cure. Variola, which belongs to the Poxviridae family of viruses, is a relatively large virus that contains double-stranded DNA. The virus can be found in large numbers in many organs of infected people. There are two rare forms of smallpox: Hemorrhagic and malignant. Both of these caused very high fatality rate. Hemorrhagic smallpox caused organs to leak blood into the mucous membranes and skin; while in malignant smallpox, lesions did not develop into pus-filled bumps on the skin but remained soft and flat throughout the entire illness.

Smallpox can spread through small drops of an infected person’s saliva when the person coughs, talks, or sneezes. Smallpox is usually transmitted from person to person during close, face-to-face contact. 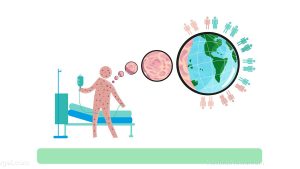 A person with smallpox generally had sudden onset of fever, headache, backache, and rash with blisters. These signs usually appear between seven and 19 days after exposure. Smallpox also causes chills, abdominal pain, and vomiting. These symptoms (except for the rash) would go away after two to three days. However, as the patient starts to feel better, a rash would appear. It will start on the face and then spread to the hands, forearms, and the main parts of the body. The patient would be extremely contagious until the rash disappeared. After two days of having the rash, it would turn into abscesses that are filled with fluid and pus. The blisters would break open and scab over. Eventually, the scabs would fall off, leaving pit mark scars. The patient would remain contagious until the scabs fell off. Smallpox can also lead to death because of the overwhelming toxemia, which is believed to be due to immune complexes trying to react to the large number of viral particles.

Smallpox lead to complications, such as extensive scarring of the skin, eye problems such as corneal ulceration and blindness, bronchopneumonia, arthritis, and osteomyelitis.

The body systems harmed by smallpox include the immune system and integumentary system.

There is no information on what food or nutrients prevent smallpox.

There is no cure for smallpox, so its treatments are focused on improving its symptoms. Conventional treatments use medications. People with the disease are also isolated to avoid spreading the virus. There are natural remedies and herbs for smallpox. These include yarrow, tansy, ginger, goldenseal, and lady’s slipper. Other herbs for treating smallpox include neem, poppy seeds, red sandalwood, parh, and milk.

Smallpox, caused by the variola virus, is an extremely contagious and deadly disease that has no known cure.

Smallpox can lead to complications, such as extensive scarring of the skin, eye problems such as corneal ulceration and blindness, bronchopneumonia, arthritis, and osteomyelitis.