Slippery elm trees are best known for their historical and medicinal value among Native American Indian tribes, who were the first ones to discover the trees’ many benefits. According to historical accounts, the tribes taught early European settlers about the uses of slippery elm not only as medicine, but also as a last resort food. The trees’ soft inner barks are primarily used for medicinal purposes, but other parts of the trees have their own uses. 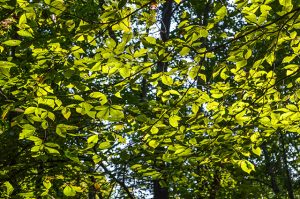 Slippery elm is primarily used to address various digestive issues. The mucilage found in the tree’s inner bark provides a soothing effect on the digestive tract and eases inflammation that usually leads to irritable bowel syndrome. Likewise, the tree’s mucilage is known to coat the esophagus to ward off irritation and inflammation that occurs during an acid reflux attack. Mixing one to two tablespoons of slippery elm with a glass of water may help prevent the onset of acid reflux.

Aside from its highly valued mucilage, slippery elm boasts of essential minerals such as iron and potassium. The rich iron content in slippery elm promotes red blood cell production and bolster oxygenation in vital body parts. Slippery elm is also an excellent source of potassium, which, in combination with iron, helps relieve cardiovascular strain and boosts the cardiovascular system’s overall health.

In addition, slippery elm is a popular detoxifying agent. The tree is known to contain diuretic properties that rid the body of toxins, excess salts, and water through urination. Likewise, slippery elm is sometimes recommended to people who suffer unexplained urinary tract inflammations such as painful bladder syndrome. Slippery elm is believed to sooth the urinary tract lining, alleviating pain during urination.

Moreover, the antioxidant and analgesic properties of slippery elm can address burns, abrasions, and serious wounds. Salves and balms made from slippery elm are effective topical treatments for muscle pain. Likewise, slippery elm is found to promote the skin’s overall health.

Slippery elm is notably essential in maintaining a healthy digestive system. Aside from this, the tree also benefits the urinary, circulatory, and muscular systems.

Ways to use slippery elm

Slippery elm’s inner bark is mostly used in medicine. Processed inner bark can be made into porridge. As per historical accounts, former U.S. President George Washington’s troops once survived on eating slippery elm porridge, which has a sweet and creamy taste akin to oat porridge. Slippery elm’s inner bark can also be processed into powder and used as a remedy for many health woes. Likewise, salves and balms made from slippery elm bark can be used to treat various skin diseases. Finally, the tree’s roots can be infused into a concoction that makes for a perfect eye tonic.

Slippery elm can be used to relieve pain that was caused by skin injuries and cardiovascular stress.

Slippery elm is beneficial to the digestive, urinary, circulatory, and muscular systems.