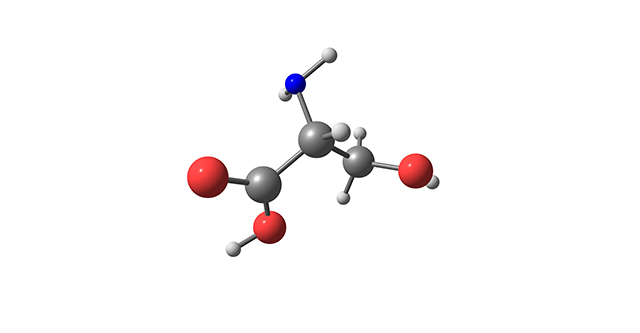 Serine is a non-essential amino acid that comes from another amino acid called glycine. It is said to boost overall good health, both mental and physical. It also facilitates the formation of purines and pyrimidines, which are essential in the formation of the genetic code.

Serine is usually classified as a nootropic, which is a drug or a supplement that can boost cognitive functions, especially those that deal with creativity, memory, or motivation. It is polar in nature, meaning that its molecule is both negatively and positively charged.

Serine was first isolated in 1865 from sericin, a silk protein. Having said so, serine got its name from the Latin word sericum which means “silk”.

Setting the proper conditions for the body to produce serine would entail the acquisition of proper amounts of the B-complex vitamins, especially vitamin B9 or folic acid. Serine can be obtained by eating dairy products, meat, peanuts, and soy foods, among others. However, with the current trend of processing meats in order for them to have a longer shelf-life, there is a possibility that serine would be harder to come by nowadays.

Serine can also be taken via sports drinks and supplements; it can also be ingested in capsule, powder, and tablet form. You should also take to having a balanced diet to ensure that adequate amounts of serine remain in your body. Safe dosage levels of serine range from 500 to 600 milligrams per day. 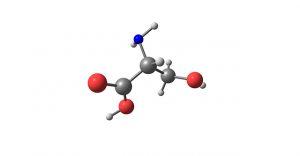 Serine is responsible for producing trytophan, an amino acid that is needed to synthesize serotonin, which is an important neurotransmitter for stabilizing the brain’s moods. It does so by increasing the levels of dopamine, a calming neurotransmitter, in the body.

A deficiency in trytophan and serotonin can contribute to risks of having anxiety, confusion, depression, insomnia, and panic attacks, among others. At present, around 40 percent of adults and 10 percent of teenagers all over the world are said to suffer from an anxiety disorder of some kind.

Serine’s tryptophan content also inhibits the symptoms of premenstrual syndrome, helps you manage stress, and improves the quality of your sleep.

Serine can be used to treat fibromyalgia, which is a disorder whose symptoms include wide musco-skeletal pain, cognitive impairment, constant fatigue, and extreme tenderness. Research showed that most people who suffer from this condition have lower levels of serine in their blood as compared with other people who are not afflicted with the disorder.

Other results of a deficiency in serine include seizures or congenital microcephaly, which is birth defect wherein the baby’s head is smaller as compared with the heads of other babies of the same age and sex, which usually leads to an abnormal development of said baby’s brain cells or psycho-motor retardation.

Serine is good for the central nervous system. It ensures that the brain and all of the organs within the nervous system are at optimum levels of function by protecting the myelin sheath, which is the layer that envelops the brain’s nerves. Without an adequate supply of serine in the body, this sheath can become deteriorated.

Serine is good for the immune system. It helps increase the production of antibodies and immunoglobulins, to make the body stronger and better-equipped to fight disease-causing bacteria and viruses. It also aids in the absorption of creatine, which is essential to the buildup and repair of muscles.

Serine can be used to treat fibromyalgia, which is a disorder whose symptoms include wide muscoskeletal pain and cognitive impairment.

Serine is good for the central nervous and immune systems.

Serine inhibits the symptoms of premenstrual syndrome and helps you manage stress.