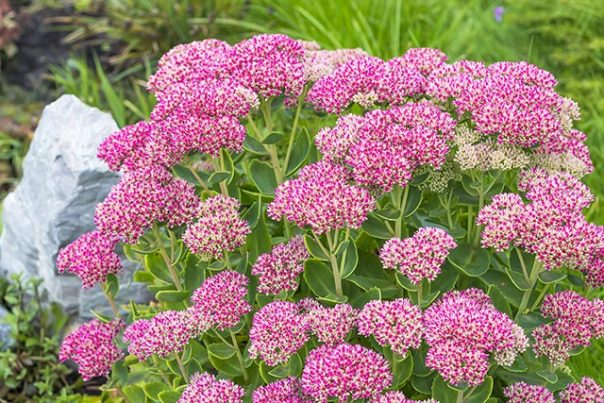 Shockingly yellow and star-shaped sedum is more commonly known as biting stonecrop for its strong, peppery taste and rather horrendous toxicology profile. Ancient healers avoided using this plant as it was noted to have a very strong poisonous effect on animals. It was only (relatively) recently that the herb was used as a medicine, and even then, traditional doctors warned of the plant’s potential side-effects. 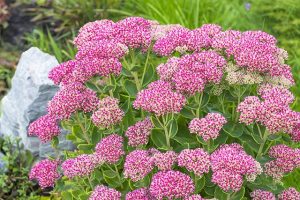 Dissecting the plant is a surprisingly challenging endeavor for botanists. The plant gives nothing away so easily; initial studies, however, have shown the plant to contain quite an amount of tannins, rutin, some varieties of alkaloids, and several organic acids. The interplay of these constituents provide for major toxicological effects. Nonetheless, the plant’s potency is supposedly reduced when the plant is dried.

It was only in the 16th century when healers began prescribing the plant as a treatment for intestinal parasites. The poisonous properties of the flower proved potent against unwanted organisms in the gut. It was this same irritating effect that prompted healers to additionally use the plant as a powerful diuretic and laxative. However, excess consumption of sedum was also noted to bring about highly painful gastrointestinal effects such as diarrhea.

Around 1830, sedum was mentioned as a possible cure for epilepsy. Healers believed that the plant increased blood flow to all parts of the system. This was rarely tested, however, as most patients who took the plant did not display any sort of improvement. Nonetheless, this may have been caused less by the herb and by other, more deadly symptoms.

Scientific reviews suggest that sedum can be used to lower high blood pressure, but only if the symptoms are acute. Regular intake of sedum can induce hypertension in the long run.

There are hypotheses which claim sedum can be used to treat ringworm, scurvy, and diphtheria.

Sedum should not be used by pregnant women as it can trigger a miscarriage.

As a whole, the plant is a poison and should not be used to support general health. It is taken as an immediate treatment for an acute condition, most notably intestinal parasites and certain gastrointestinal problems.

There are no other studies which show its potency in any other body system.

Ways to use sedum

Most people take the flower as a tea. Make sure to take only a cup (or two) a day or until the symptoms of your disorder disappear. Do not take the plant regularly.

Sedum may look very pretty, but it is deadly and is shown to be a poison to most animals.

However, sedum’s toxic properties are what make it effective against intestinal parasites.

Take the plant until symptoms disappear. It is not suggested as a regular tonic.