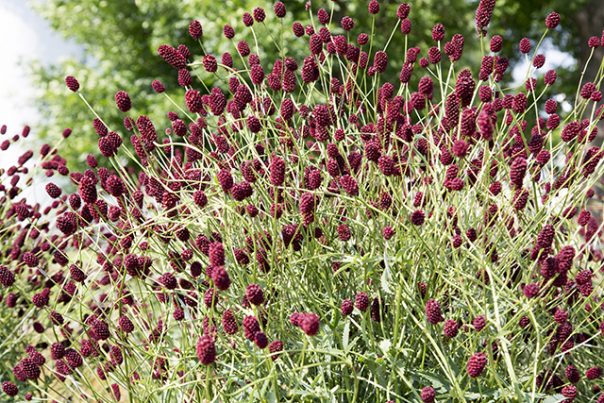 Sanguisorba, also known as burnet, is a perennial flowering plant native to the temperate regions of the Northern Hemisphere. The name is derived from the Latin word for blood, which is “sanguis”, a reference to its ability to halt bleeding. Because of this, sanguisorba has held a firm place in both traditional Chinese and European medicine, with one pharmacologist from the Ming dynasty proclaiming that a pound of sanguisorba was more valuable than pearls of the same weight. 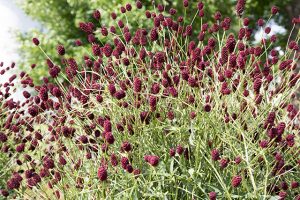 Sanguisorba is made up of a wide spectrum of helpful medicinal constituents, most notably:

This impressive range of natural compounds has imbued sanguisorba with numerous health benefits, which include serving as a coagulant, diuretic, detoxicant, and analgesic. In addition, sanguisorba has antibacterial, anti-inflammatory, astringent, and antipyretic qualities.

With a rich history as an herbal remedy, sanguisorba has been used to treat a variety of health conditions over the centuries, most notably:

As was mentioned previously, the most noteworthy medical application of sanguisorba has been as a coagulant. Sanguisorba has been utilized in the treatment of all manner of bleeding-related ailments, from the bloody stools associated with dysentery to the bleeding caused by hemorrhoids to metrorrhagia, or abnormal bleeding from the uterus. It’s believed that tannins are the constituents that are largely responsible for this attribute.

The root of sanguisorba is believed to be helpful against skin conditions like burns, eczema, and skin ulcers. Among the benefits of topically applying sanguisorba to the skin include promoting wound healing, preventing infections, and reducing skin abrasions. This makes sanguisorba quite effective in lessening the pains of scalds and burns as well. However, a chemical in sanguisorba makes it toxic in large doses, so exercise the utmost caution when using it on the skin.

Because of their anti-inflammatory effects, sanguisorba stems and leaves have been used to treat dysentery and diarrhea.

Sanguisorba is believed to be adept at supporting:

In traditional Chinese medicine, sanguisorba is associated with the liver, stomach, and large intestine meridians, and is thought to open the pathways of these particular organs.

Ways to use sanguisorba

Because this plant does not dry well, fresh sanguisorba isn’t readily available from most commercial establishments. Some Asian markets and herbal shops may carry dried and sliced sanguisorba root, as well as sanguisorba in capsule, powder, and pill form.

The taste of sanguisorba has been described as bitter or sour, especially the roots. The leaves grow bitter over time. The culinary uses of sanguisorba leaves include acting as flavor additives to teas, cream cheeses, tomato sauces, salads, and salad dressings.

Growing sanguisorba is relatively simple because the plant grows easily in many types of soil and can tolerate shade well.

Sanguisorba can prevent bleeding-related conditions and skin disorders, particularly burns, scalds, and metrorrhagia. Too much sanguisorba can be dangerous to the skin, so be cautious when using sanguisorba as a topical application.