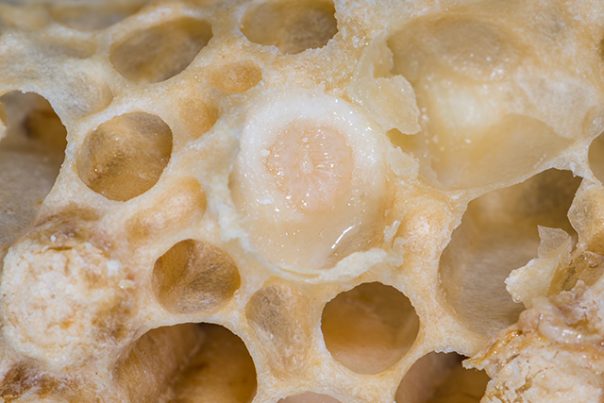 Royal jelly is another beneficial bee product like honey. According to an article posted on the Natural Fertility Info website, the nutrient-dense superfood is actually a substance secreted by nurse worker bees. Royal jelly serves as the main food source for bee larvae during the first three days of their development. A larva that is slated to become queen bee feeds exclusively on royal jelly in preparation for the task of laying millions of eggs during its lifetime. 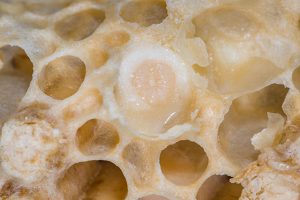 Royal jelly is among the most valued superfoods due to its dense nutrient content and many health benefits. An entry on the Doctors Health Press website notes that royal jelly is loaded with essential vitamins and minerals such as:

Royal jelly is best known for its beneficial effects on both male and female fertility. The superfood is commonly taken as a supplement to improve sperm motility. In fact, a 2014 study has shown that royal jelly has a positive impact on testosterone levels, sperm parameters, sperm motility and sperm count. Likewise, the study has also revealed that the superfood bolsters sperm maturity, viability, and DNA integrity.

In another study published in 2008, couples who had vaginal insertions of royal jelly experienced more pregnancies than those who underwent artificial insemination. Previous research has also found that royal jelly helps balance hormones and promote egg health in women. Likewise, royal jelly is known to reduce menopausal and postmenopausal symptoms.

Royal jelly is also touted to improve the body’s overall cardiovascular profile. When in combination with potassium, the superfood is found to act as a vasodilator that relaxes blood vessels and reduces cardiac stress. Likewise, royal jelly is known to effectively reduce bad cholesterol levels in the blood. This helps prevent the development of cardiovascular diseases such as atherosclerosis, heart attack, and stroke.

In addition, royal jelly is shown to provide anti-cancer properties. A study published in 2007 notes that the superfood may reduce the risk of developing breast cancer by mitigating the harmful effects of bisphenol A or BPA. The harmful compound is an environmental estrogen that causes an increase in human breast cancer cells. On the other hand, the superfood is known to boost metabolism and promote proper digestion. It is also found to induce healthy weight loss and improve certain diabetes markers. Royal jelly is touted to relieve mucositis symptoms as well.

Ways to use royal jelly

Royal jelly is commonly found in diet and organic food stores as well as farmers’ markets. The superfood is usually added to salads and yogurts. Likewise, royal jelly can be added to smoothies and other cold beverages or dishes. It is important to note that the superfood should not be heated, as the heating process eliminates its beneficial enzymes. An entry posted on the Natural Fertility and Wellness website features an interesting fudge recipe using royal jelly.

Royal jelly addresses fertility issues in both men and women.