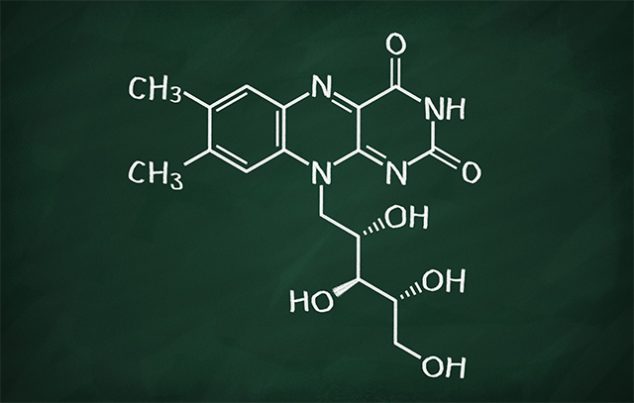 Riboflavin, more commonly known as vitamin B2, is a water-soluble vitamin belonging to the B vitamin complex group. The nutrients of this group are collectively known for assisting the body in converting food into glucose and metabolizing fats and protein, though each one has their own unique health-promoting characteristics. In the case of riboflavin, it’s an antioxidant that can help the body make use of pyridoxine, or vitamin B6, and folate, among other things.

Most people are able to easily get riboflavin from their diets, though deficiencies of this vitamin are common among elderly individuals and alcoholics due to poor dietary choices. The symptoms of riboflavin deficiency include but aren’t limited to: high sensitivity to light, bloodshot and fatigued eyes, parched lips with sores and cracks around the mouth, and a swollen, sore throat.

The best sources of riboflavin are brewer’s yeast, soybeans, edamame, organ meats, and dairy products such as cheese and milk. Cereal grains are good sources of riboflavin as well, although the majority of cereals undergo a refining process that strips them of the riboflavin-rich outer layer. Riboflavin is available in separate dietary supplements, and as part of multivitamins and B-complex vitamin supplements. 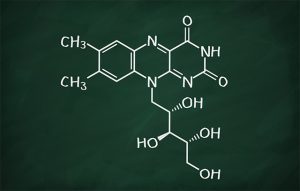 In addition to soothing inflammation, one other way that riboflavin keeps skin healthy is by helping maintain regular collagen levels. As a result, riboflavin can play a role in managing skin-related conditions like eczema, rosacea, and dermatitis. Riboflavin is believed to be particularly effective against acne since it improves the skin’s ability to secrete mucus and cleans up the skin pustules associated with this condition. Moreover, riboflavin is thought to reduce dandruff.

Because riboflavin is essential for the skin, it can accelerate the healing process of wounds. In general, riboflavin can aid the body in repairing its tissues.

When taken along with pyridoxine, riboflavin can alleviate the symptoms of carpal tunnel syndrome, a medical condition that arises from compression on the median nerve. Riboflavin is said to have a calming effect on the nervous system that makes it adept at relieving this ailment and many others relating to the nervous system, like numbness or epilepsy.

More than just acting as an antioxidant, riboflavin also serves as an important component of the antioxidant enzyme glutathione reductase, which is one of the body’s natural defenses against free radical damage.

As a B vitamin, riboflavin ensures that the body’s multitude of organs and systems undergoes proper development and growth. The skin, nervous system, reproductive organs, and immune system are just some of the parts of the body that benefit from riboflavin.

Since riboflavin deficiency can lead to eye problems, this vitamin is thought to support eye health and decrease the risk of eye disorders such as cataracts, glaucoma, and keratoconus.

Riboflavin is good for the digestive system since it protects and maintains the mucous membranes lining the gut.

Riboflavin, or vitamin B2, is an essential vitamin with numerous and varied biochemical roles. It can provide relief from the symptoms of carpal tunnel syndrome, reduce migraines and headaches, and prevent numerous health conditions like cataracts, anemia, eczema, and psoriasis. Furthermore, riboflavin can support the skin, digestive system, eyes, and immune system.