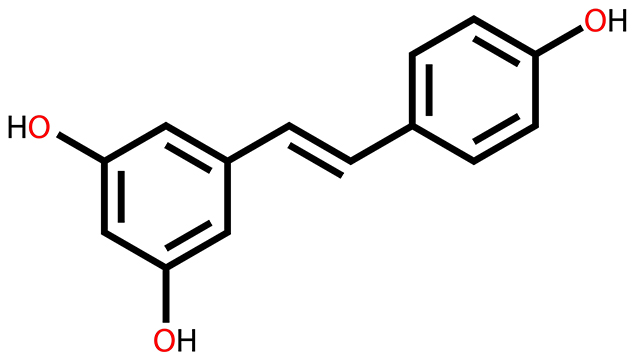 Resveratrol is a natural substance produced by several types of plants as a response and defense against stress, fungi, toxins, or ultraviolet radiation. As a result of its protective nature, resveratrol is classified as a flavonoid antioxidant and has been the subject of much scientific scrutiny for its purported health-promoting qualities. One such quality is its ability to support the brain and nervous system: resveratrol is unique among antioxidants because it can cross the blood-brain barrier, meaning it can be beneficial to neural health.

This compound is concentrated in the skins and seeds of red grapes, blueberries, and mulberries; red wine is also particularly high in resveratrol due to the inclusion of red grape skins in the fermentation process. Resveratrol supplements are available, though the exact recommended dosage remains unknown.

Resveratrol is a major contributor to the “French Paradox”, a health paradox first noted by Irish cardiologist Samuel Black based on the observation of low incidents of heart disease among the French despite their diets. The typical French diet will often consist of a bit of bread, butter, cheese, and red wine, and the regular consumption of red wine is believed to counteract the adverse effects of these foods. 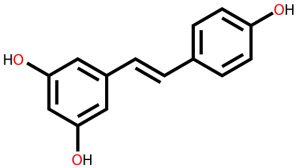 Resveratrol can help lower the risk of high blood pressure by increasing production of nitric oxide. This in turn causes the blood vessels to relax and making them less likely to stiffen, thus decreasing blood pressure to stable levels.

Additionally, resveratrol can prevent plaque from forming in the arteries, decreasing the chances of developing atherosclerosis.

Individuals attempting to lose weight can turn to resveratrol for assistance in reaching their goals. Resveratrol does this by bringing about the death of fat cells, boosting metabolism through enhancing mitochondrial function, and finally by inhibiting hormone-sensitive lipase and fatty acid synthase.

In addition to reducing inflammation, resveratrol has been observed reducing the damage suffered by cartilage, making this substance helpful for individuals with arthritis.

The anti-toxic effects of resveratrol have been shown to reverse the harm brought about by the chemotherapeutic drug bleomycin, as well as reduce the brain damage and oxidative liver damage caused by ethanol intoxication.

Resveratrol is good for the heart because of its ability to protect the heart against high blood pressure and atherosclerosis, and its positive impact on cholesterol levels and circulation. Furthermore, resveratrol can even prevent further heart damage following cardiac arrest.

As was mentioned previously, resveratrol can support the brain and nervous system. This is because resveratrol can increase blood flow to the brain, thus assisting in brain function and preventing neural loss and damage.

Because resveratrol prevents the obstruction of bile flow, it can help maintain a healthy liver.

Resveratrol can enhance bone health by increasing bone density and by synergizing with vitamin D, thus making the bones stronger and less prone to breakage.

Resveratrol is a unique antioxidant that’s been shown to have multiple health benefits. These include the decreased risk of high blood pressure, atherosclerosis, obesity and arthritis; better management of diabetes; and toxic damage alleviation. Resveratrol has positive effects on the heart, brain, bones, and liver.

Red grapes, blueberries, mulberries, and red wine are excellent sources of resveratrol. Up to three glasses of red wine daily will suffice.