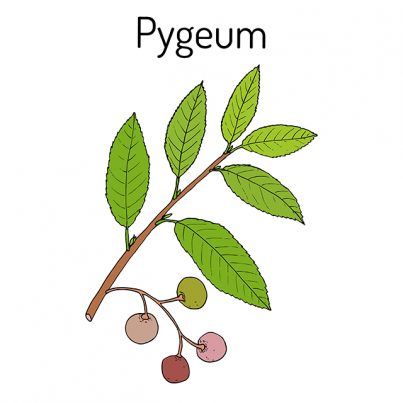 Pygeum is a large evergreen tree that belongs to the rose family, which also houses cherries and plums. The tree is characterized by its gay-brown colored bark and large red or brownish fruits that resemble plums. Pygeum grows across Africa at elevations of 3,000 feet, hence its other common names include African cherry, African plum and African prune. Pygeum tree is highly valued for its bark that contains healing essential oils. Because of this, the tree is fast becoming an endangered specimen, according to the Annie’s Remedy website. 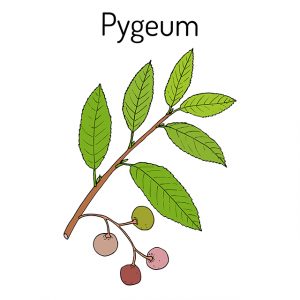 Pygeum is packed with powerful components that contribute to its efficacy in relieving a plethora of health woes. According to an entry on the Herbpathy website, pygeum contains:

Pygeum is traditionally used as a remedy to benign prostatic hyperplasia (BPH) in men. In fact, a multicenter trial has shown that men with mild to moderate BPH attained a 40 percent reduction in the International Prostate Symptom Score following pygeum intake. Likewise, the reported a 32 percent decline in nocturnal urination and 31 percent increase in quality of life.

A larger, placebo-controlled trial has also showed that patients who took pygeum extracts exhibited better urinary flow and overall improvement as well as significant reductions in residual bladder volume, nocturia and daytime urinary frequency compared with those in the placebo group.

The triterpenes in pygeum are found to possess anti-inflammatory properties. Likewise, the phytosterols in pygeum are known to inhibit the formation of prostaglandins — inflammatory hormones that build up in the prostates of BPH patients. These effects help alleviate prostate inflammation and promote urinary function in patients. The superfood is often used with saw palmetto and stinging nettle for optimal results.

According to the Herbal Supplement Resource website, pygeum bark also shows potential in preventing and reducing symptoms of prostate cancer and chronic prostatitis. In fact, a clinical trial found that a vast majority of chronic prostatitis patients who took 100 mg of pygeum daily for five to seven weeks reported a complete remission of disease symptoms.

Pygeum is also touted for its potentially beneficial effects on male fertility. Data from animal studies have shown that pygeum helps increase sperm volume and viability in the semen. The tree’s bark is traditionally used as a remedy to various genito-urinary diseases. In one human study, men with sexual dysfunction due to either benign prostatic hyperplasia or chronic prostatitis exhibited better sexual function after taking 200 mg of pygeum extracts daily for 60 days.

Likewise, the superfood is taken as a treatment for impotence and partial bladder outlet obstruction. Besides this, pygeum is known to contain aphrodisiac properties that help increase sexual performance. On the other hand, the superfood is also touted for its efficacy in addressing kidney disease. In addition, pygeum is found to relieve malaria.

Furthermore, the plant is found to contain powerful components that help fend off severe mental illnesses such as psychosis. It is also traditionally used as a remedy to hair loss.

Pygeum is best known for its beneficial effects on men’s genito-urinary health. Its powerful compounds help address diseases of the prostate and mitigate fertility conditions in men. The superfood is also notably effective in maintaining healthy kidneys and improving the urinary system’s overall health. Likewise, pygeum fortifies both the nervous and the immune systems.

Ways to use pygeum

Pygeum bark is often processed into a potent tincture to alleviate certain disorders. The superfood is often incorporated with other medicinal plants such as saw palmetto and stinging nettle root in making the tincture. Likewise, combining pygeum with saw palmetto and stinging nettle makes for an excellent shampoo to address hair loss. Pygeum bark can also be powdered and brewed into a potent tea for genito-urinary conditions.

Pygeum lowers the odds of psychosis and alleviates hair loss.