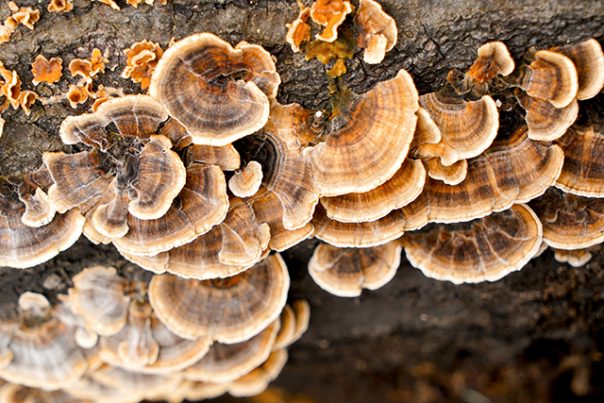 Polyporus is a rather unattractive fungus that grows on hardwood stumps and standing trees. The perennial mushroom is mostly brown, with a large saddle-shaped body, big pores, and a white underside. It belongs to the same family as the shiitake mushrooms, but has a slightly sweet to bland taste.

While its uses do not extend to the culinary, polyporus acts as a powerful diuretic and is used by traditional healers to treat various digestive issues.

It is also sold as zhu ling in Chinese herbal stores. 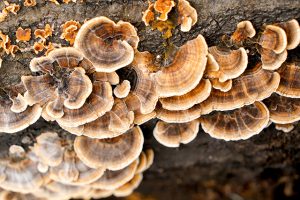 The mushroom promotes urination. Studies have shown that regular doses of polyporus eliminate harmful toxins in the body. Polyporus stimulates urinary function and forces the expulsion of liquid out of the body through urine, which consequently improves overall health. Chinese healers say that the power of the fungus lies in its ability to “drain dampness”, which regulates Yin levels. A mere five grams of ground polyporus taken as a tea can increase urine volume by 62 percent in six hours, a study showed.

Other research show that polyporus can be an effective supplement to certain anticarcinogenic agents. The exact mechanisms involved are not yet understood, but scientists have observed an amplified effect when cancer patients drink polyporus in conjunction with their chemotherapeutic medicine.

A small botanical review concluded that polyporus can stimulate hair growth and may used to reduce the effects of genetic balding.

Other uses of the polyporus include:

Polyporus has not been extensively studied so its indications and consequent counter-indications are not fully verified. Patients considering taking the mushroom should consult with their medical practitioner before consuming it.

Polyporus supports the kidneys and the bladder.

The mushroom, as mentioned earlier, does not really have a distinct taste. At best, it can be added to dishes to provide some sort of texture, but chefs should not consider polyporus for flavor enhancement. You can try roasting the polypore and use it as an added ingredient in a salad with more robust items like parmesan and cherry tomatoes.

Another way to consume polyporus is as a tea. You can source dried and ground polyporus powder from your local health store.

The mushroom can be a great way to introduce fungi to children, who are — more often than not — picky eaters. Polyporus can be a safe way to build a child’s nutritional profile. That said, parents should not give their children too much of the fungi as overconsumption can lead to gastrointestinal issues.

Polyporus are bland mushrooms that are great diuretics.