Pertussis – causes, side effects and treatments at NaturalPedia.com

Whooping cough is named after the distinct sound a person makes when they try to inhale. The “whoop” sound is caused by the inflammation and swelling of the laryngeal structures/voice box, which vibrates.

While the first outbreaks of pertussis occurred in the 16th century, Bordetella pertussis (B. pertussis), the bacterium that causes the infection, wasn’t identified until 1906.

B. pertussis attaches to the lining of the airways in the upper respiratory system and the bacteria releases toxins that cause inflammation and swelling. Individuals often get infected when they breathe in the bacteria in droplets released by an infected person when coughing or sneezing. 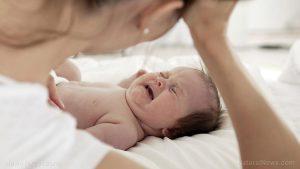 Known side effects of pertussis

The side effects of pertussis usually include:

Once a patient is infected, side effects may include:

A patient’s symptoms will worsen after several weeks. During this time a thick mucus will accumulate in the airways, and it can cause attacks of uncontrollable coughing. Attacks may cause the following side effects:

Infants with pertussis may have a minimal cough or none at all, but they may have a hard time breathing. In severe cases, babies may even stop breathing.

Pertussis may cause the following complications in infants and children:

While teenagers and adults can recover from pertussis, it may cause the following complications:

Food items or nutrients that may prevent pertussis

The following foods or nutrients can help prevent pertussis or hasten a patient’s recovery:

Pertussis, or whooping cough, refers to a bacterial upper respiratory infection. A patient with pertussis suffers from fits of violent coughing.

The side effects of pertussis usually include cold-like symptoms, a series of severe coughing fits, and vomiting and fatigue.

Pertussis may cause complications like dehydration, pneumonia, seizures, and stomach hernias.