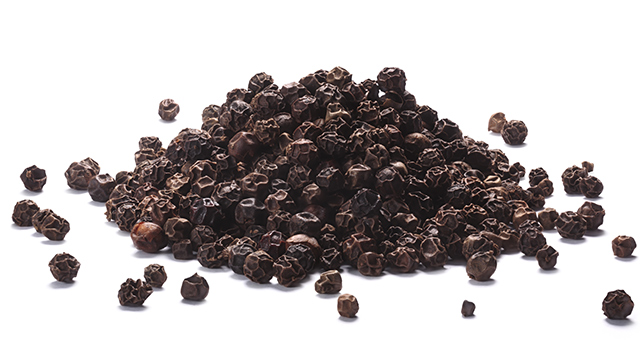 Once, a man’s wealth and level of influence were measured by how many peppercorns he had. This sounds silly now, but think how ridiculous the concept of gold is — which is, in essence, just dirt. Wars are started from ideals and in the early centuries, spices determined value. During the medieval times, some European countries bartered with peppercorns.

Peppercorns are now the second most popular and widely-used spice in the world (closely following salt). Similar to its wife, peppercorns were used for both medicinal and culinary purposes. Apart from being used in cooking, peppercorns were used in embalming. Excavations reveal that ancient Egyptian pharaohs had peppercorns stuffed in their nostrils to help their way into the afterlife. The spice was likewise used to treat a variety of health conditions, including indigestion, gangrene, and toothaches.

There are three varieties of peppercorns.

Black peppercorns are picked from unripe green pepper fruits. These are then dried for a few days, which gives it its characteristic wrinkled, black appearance. Most of this introduction will focus on this specific peppercorn.

The white variety has the fruit flesh removed before being dried, giving it a fresher, less “hot” flavor.

Green peppercorns are harvested the same time as black ones. However, instead of being dried, they are packed in brine. This process gives the spice a more aromatic flavor, with many southeast Asian dishes using this peppercorn for an added punch. 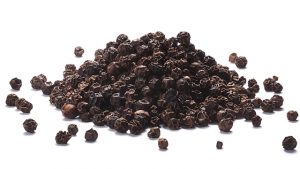 Modern research is now validating peppercorn’s use as a therapeutic agent. Black peppercorns, in particular, contain an active chemical compound called “piperine” which has powerful antibacterial properties. One study suggested that piperine can be used to inhibit the growth of the deadly botulism bacteria.

Piperine has been found to stimulate the taste buds. This encourages the pancreas to begin to produce digestive enzymes to facilitate better absorption into the body.

Fascinatingly, piperine can even be used to augment certain medication. This includes specific antibiotics as well as drugs for arthritis, respiratory diseases, and cardiovascular conditions. Botanical reviews have likewise shown piperine to increase the efficacy of other spices, such as turmeric, when taken together.

Black peppercorns may be used to prevent neurodegeneration caused by disorders such as Alzheimer’s and dementia. There are animal studies which suggest this, but scientists highly caution the public not to use peppercorns solely for this purpose. Limited data on the topic prove the need for more research.

That being said, more studies conclude that black pepper can reduce the symptoms of arthritic inflammation as well as treat colon, lung, and breast cancer.

Scientists have seen that black pepper oil can alleviate dysphagia, or the condition in which it becomes difficult to swallow. Patients who have suffered a stroke often find themselves unable to eat because their esophagus had tightened. Smelling the pepper oil for a minute can improve this condition.

It was observed in animal studies that piperine, when taken with high fat foods, caused less oxidation. Nutritionists believe that this may prove useful in preventing heart disease or high blood pressure.

Black pepper is additionally known to improve indigestion. The chemical compounds speed up the time it takes for food to move through the digestive tract. This prevents constipation.

Researchers have seen that nicotine cravings are reduced when smokers are asked to puff on vapors that contain black pepper essential oil. Why there is such a reaction remains a mystery among medical professionals.

For the most part, peppercorns support the digestive tract. Most of its uses involve improving the way food — or medicine — is absorbed in the body. Science has yet to explain why this is so, but peppercorn can be taken safely to improve overall gut health.

Ways to use peppercorns

As the “king of spices”, Mr. Peppercorn is a delightful addition to any meal. His wife, Mrs. Salt, may disagree, but it can be argued that there are more ways to incorporate pepper into a dish compared to her. From the traditional flavoring to a hot chai latte, the uses for peppercorns are only limited to your imagination.

Peppercorns help with nutrient absorption and proves to be an effective digestive aid. Other medical uses for it (including cancer prevention) still need to be validated by more research.