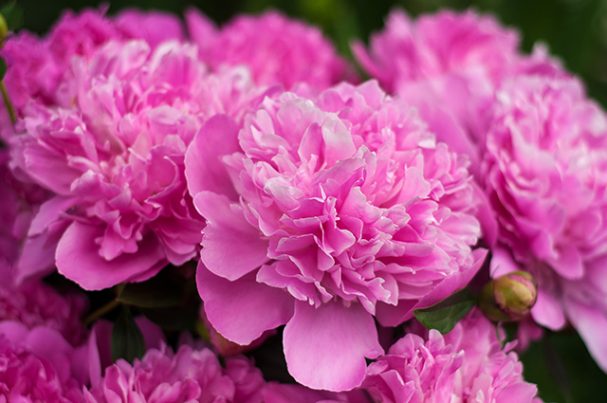 Peony, which has the scientific name Paeonia albiflora and which belongs to the Paeoniaceae family, is also called white peony root, Chinese peony, bai shao yao, and peony root.

Peony, especially the white peony, like the pure and innocent bride, is humble in its natural beauty and mild perfume. It got its name from a Greek myth that involved two divine healers, Asclepius and Paeon. Asclepius, the god of medicine and healing, got jealous of his pupil, Paeon, because it seemed that the latter was eclipsing the former in terms of knowledge and skill. Zeus, the king and father of the gods, protected Paeon from Asclepius by turning Paeon into a peony flower, which like him, is also beautiful and teeming with medicinal benefits.

Peony blossoms come in the colors red, yellow, pink, and white. It is Indiana’s state flower, replacing the zinnia in 1957. However, peonies are mostly cultivated for their roots, which are highly valued in traditional Chinese medicine.

Another species of peony, the tree peony or moutan, which is endemic to China, first made itself known in an eastern province in the sixth century. It can be distinguished from the peony by its above-ground woody stem, which remains intact even after all the flowers and branches have already fallen off in preparation for winter. 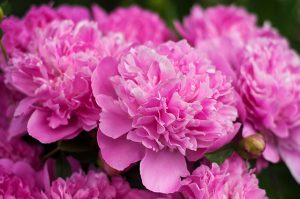 Peony has anti-inflammatory properties. It reduces the pain caused by muscular cramps and joint pains such as carpal tunnel syndrome.

Peony is good for the skin. It can be used as a topical ointment to heal cuts and wounds.

Peony can reduce high cholesterol levels and therefore prevent the risk of incurring diabetes. It can also have a positive effect on metabolism.

Peony is good for the female reproductive system. Asian women have been known to use it for over 1,500 years now to treat menstrual cramps, heavy bleeding, hot flashes, polycystic ovary syndrome, and even premenstrual syndrome symptoms like headache and mood swings. It treats amenorrhea, which is the lack of menstruation in women, and is a known abortifacent.

For best results, use peony alongside dong quai and osha to beat menstrual cramps.

Peony is good for the cardiovascular system. It can regulate blood pressure levels and alleviate the symptoms of anemia, such as dizziness. It dilates the blood vessels to allow proper blood flow by preventing platelet aggregation, thereby not putting too much stress on the heart to pump blood and decreasing the risk of heart ailments such as atherosclerosis, heart attacks, or strokes. In fact, research shows that peony can heighten the aorta’s capability to relax by about nine percent.

Peony is good for the digestive system. It addresses gastrointestinal issues such as irritable bowel syndrome.

Peony is good for the immune system. It can treat colds and hay fever or allergic rhenitis.

Peony is good for the excretory system. It helps protect the liver from damage caused by chemical toxins and harmful free radicals. It is also found to reduce cirrhosis in people who have chronic hepatitis.

Peony is good for the nervous system. It can enhance cognitive function and prevent the onset of age-related neural disorders like dementia.

Ways to use peony

Boil peony’s roots for 10 to 15 minutes to fully get the root’s extracts and take advantage of the plant’s medicinal effects. You can also go for commercial products like encapsulated powders and tinctures, provided that you will follow the proper dosage as prescribed.

However, an overdose of peony can lead to stomach upset. There is also a possibility that taking peony via oral means is unsafe for pregnant women, as it can cause uterine contractions, which can lead to a miscarriage.

Also refrain from using peony if you have a bleeding disorder, as it facilitates blood thinning, which in turn increases blood flow by preventing blood clots. You should stop using peony two weeks before a scheduled surgery.

Peony is good for the cardiovascular, digestive, immune, excretory, and nervous systems.

Peony is good for the skin.