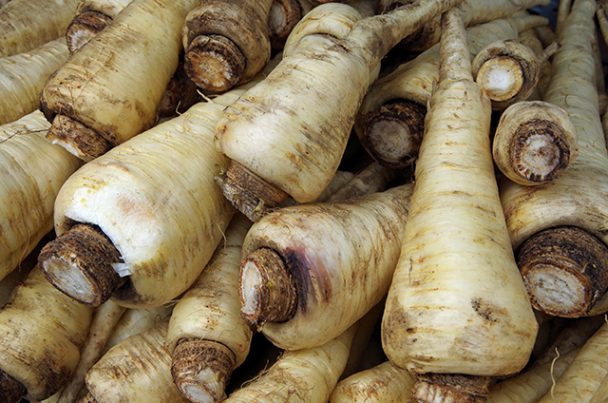 Parsnips (Pastinaca sativa) are sweet root vegetables closely related to parsley and carrots. These hardy biennial plants are native to Eurasia and were first cultivated by the Romans. Prior to the introduction of cane sugar, parsnips were used as sweetening agents in European cooking. Their culinary applications are extensive, as are their health-related ones, having served as an herbal medicine and even an aphrodisiac in the past. 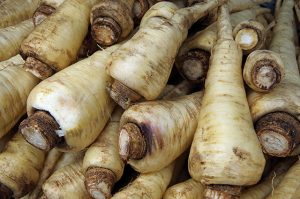 The sweet flavor of parsnips can be attributed to their sugar content, which is higher than carrots and turnips. However, their great nutritional value more than makes up for their volumes of sugar. The frequent consumption of parsnips will bring in the following nutrients:

Parsnips have an impressive amount of fiber: just one cup or 340 grams of fiber is enough to provide seven grams of fiber. This counts for about 18 and 28 percent of the recommended dietary fiber intake for men and women, respectively. Taking in the necessary quantity of fiber will allow food to move through the digestive tract with ease, and will minimize the chances of developing bowel movement irregularities and gastrointestinal disorders, like constipation.

Taking in parsnips can help against other conditions, namely:

Due to their low sodium content and high concentration of potassium, parsnips are a a good food choice for maintaining a healthy heart. Potassium mitigates the effects of sodium and reduces blood pressure, thereby lessening the stress on the heart. Moreover, parsnips contain vitamin B9 or folic acid, which aids potassium by relaxing the blood vessels to keep up a proper flow of blood.

One can count on parsnips to care for these organs as well:

Ways to use parsnips

Parsnips are incredibly versatile vegetables that are perfect additions to all kinds of recipes. They can be transformed into fries, a hummus dip, a stew, and a salad, among others. They can even be eaten raw, like carrots. A popular dish that uses parsnips is neeps and tatties, a swedes-and-parsnips accompaniment to haggis.

When buying parsnips from the grocery, avoid large parsnips as these tend to be woody and tough. The small and medium-sized parsnips are sweeter and more tender. Exercise greater caution when looking for parsnips in the wild. Their rosettes and flowers greatly resemble that of poison hemlock, a highly poisonous plant that is most famous for its role in the death of the Greek philosopher Socrates.

Parsnips are packed with vitamin C, vitamin E, and poly-acetylene antioxidants that defend the body from free radicals. This means that making parsnips a regular part of one’s diet can lead to a healthier immune system.

Since they contain folic acid, parsnips are an ideal food for expectant mothers. Consuming parsnips and other high-folate foods will reduce the risk of neural tube birth defects in infants.

Folic acid plays another role for the body: it optimizes the metabolic processes associated with the nervous system and energy production. Eating parsnips can bring about a more efficient metabolic rate.

Parsnips can stall the onset of osteoporosis thanks to its moderate amounts of vitamin K, a vitamin that improves calcium absorption and assists in the modification of bone matrix proteins.