Parkinson’s disease – causes, side effects and treatments at NaturalPedia.com 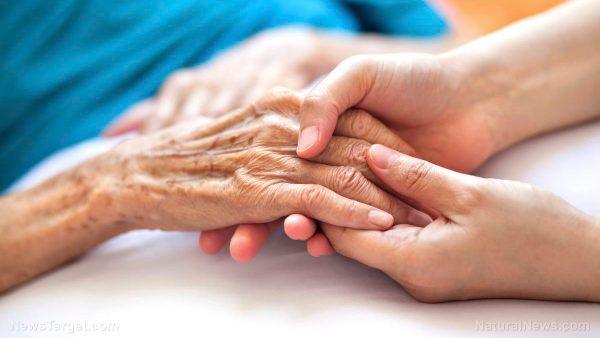 Parkinson’s disease (PD) is a movement disorder caused by the inability of the nerve cells in the brain to produce dopamine. The progression of PD mostly occurs on one side of the body, with both sides being affected over time. In general, incidences of PD are isolated; however, some cases have been genetic, while others are potentially caused by factors in the environment.

The landmark symptom of PD is trembling of the hands, but this can progress to problems with gait and movement – including impaired motor function and speech.

Men who are at least 60 years old are typical candidates of PD; still, it can still affect women and those who are younger.

The condition is difficult to diagnose, as there are no tests for PD. Currently, there is no cure for PD. 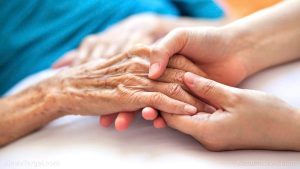 Symptoms of PD start off mild, then develop gradually, which usually include the following.

The condition can also interfere with other bodily functions. These include a loss of balance while walking, urinary incontinence, and even sexual dysfunction. Other symptoms include:

In most cases, PD comes with additional complications. These include:

A person with PD would do well to modify his diet to lower the risk of potential complications. Some recommended food items include the following.

Protein, while it improves tissue growth and brain function, should be eaten sparingly as these also interfere with PD medication. In addition, avoiding added sugar is recommended, since it only adds empty calories.

Conventional treatment for PD, for the most part, is focused on medication. In particular, levodopa (L-DOPA) is used to temporarily relieve symptoms that affect a patient’s movement. In advanced cases – or when drug therapy fails – a device called a brain pacemaker is implanted to the brain through surgery to reduce tremor and other motor symptoms.

Still, there are natural methods to manage PD.

The following recommendations, on the other hand, may help manage incontinence – a common complication of PD.

To deal with depression that comes with PD, long-term meditation and aerobic exercise can be used to manage it.

Parkinson’s disease (PD) is a movement disorder caused by the inability of the nerve cells in the brain to produce dopamine.

PD progresses on one side of the body, with both sides being affected over time.

PD cases are isolated, but some cases have been genetic or even caused by environmental factors.

The landmark symptom of PD is trembling of the hands, which can lead to issues with motor function and speech.

Currently, no cure for PD exists; however, it can be managed with diet and exercise.