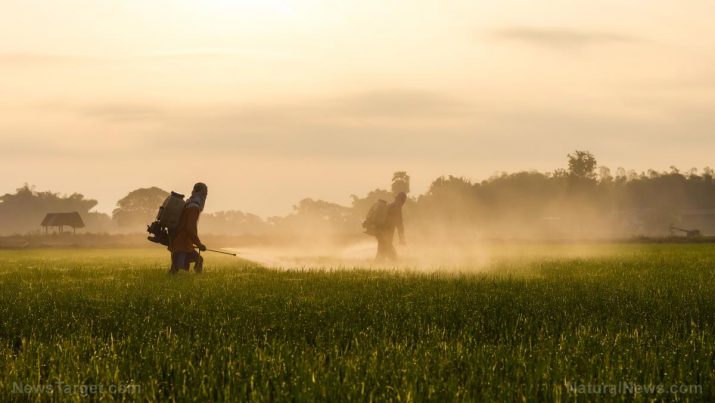 Paraquat is a toxic herbicide that has been related to many cases of fatal human poisoning – mainly due to deliberate oral ingestion (for suicide or murder), but also because of accidental ingestion in some cases.

Paraquat is a non-selective contact herbicide, which makes it effective on a wide range of weed plants and even on unrelated weeds. It was once used in the United States and Mexico to kill marijuana plants.

Paraquat binds strongly to soil and its effects are persistent. It is acutely toxic to mammals through all routes of exposure and is also known to affect algae and fish.

Paraquat is a yellow solid with a faint, ammonia-like odor, but is often supplied as a soluble concentrate that is mixed with water and used as a spray. It is used in the production of certain commercial crops such as alfalfa, almonds, grapes, and cotton. It may also be found commercially as a methyl sulfate salt. 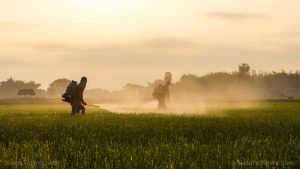 Paraquat is a highly toxic substance that can cause the following side effects:

Additionally, paraquat is classified as a possible human carcinogen based on animal studies where doses of the substance produced squamous cell carcinoma, an uncommon tumor, in the head region in both sexes of rat models. In the U.S., people must obtain a license to use paraquat. It is classified as “restricted commercial use.”

Paraquat may be corrosive to metals and is very toxic to aquatic organisms, with long-term effects.

Paraquat is exceedingly toxic to humans. It is labeled with a “DANGER-POISON” signal word. Paraquat poisoning can cause severe damage to various parts of the body, including the eyes, skin, respiratory system, heart, liver, kidneys, and gastrointestinal tract. Severe doses can cause death by respiratory or renal failure.

Items that can contain paraquat

Paraquat is mainly used to control broad-leaved weeds like cocksfoot, and grasses including wild oats, Yorkshire fog grass, ryegrass, and fescue. It is applied to vineyards and crops such as rice, beans, peas, and potatoes.

How to avoid paraquat

Seek immediate medical attention in the case of accidental or suspected ingestion, as paraquat is highly poisonous.

The Centers for Disease Control and Prevention (CDC) lists some important safety measures to protect yourself from paraquat poisoning:

Paraquat is an herbicide that has been the cause of several hundred cases of fatal human poisoning.

Paraquat was once used in the U.S. and Mexico to kill marijuana plants.

In the U.S., people must obtain a license to use paraquat.