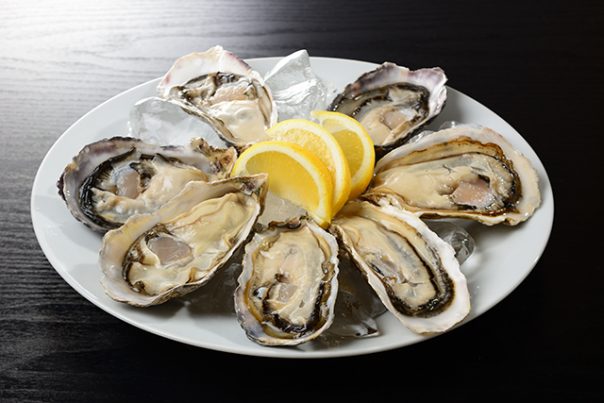 The oyster is a type of bivalve mollusk eaten throughout the world. There exists many varieties and the ones that serve as a staple of global cuisines are the “true” oysters from the Ostreidae family. The more well-known pearl-bearing Feathered Oysters from the distant Pteriidae family are not usually consumed. Edible oysters, on the other hand, are enjoyed for their variety of flavors and great plethora of health benefits 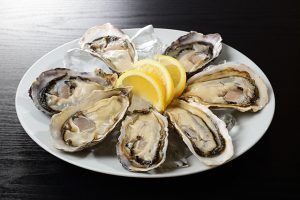 Oysters are one of the top natural sources of zinc and iron. Zinc is a mineral that supports the immune system and helps wounds heal much faster, while iron is a key mineral in red blood cell formation. Apart from these minerals, oysters have a multitude of vitamins, organic compounds, and other minerals. These nutrients include but aren’t limited to:

The high concentration of zinc in oysters has helped it garner a reputation as an aphrodisiac, to the point where zinc deficiency has been linked to impotence and erectile dysfunction. Eating oysters has been said to boost sexual performance, libido, and even sperm production. Oysters have also been said to help with:

Oysters are dense with an abundance of calcium, copper, selenium, and phosphorus. All of these minerals contribute towards greater bone mineral density and durability, making oysters one of the best foods to consume for healthier and stronger bones. Oysters can also assist in the proper functioning of:

Ways to use oysters

Oysters can be eaten raw or cooked. The briny taste and slimy texture of raw oysters is irresistible to some and off-putting to others. Much like how oysters can be incorporated into an array of recipes (such as oyster stew or cioppino, an Italian fish stew), oysters can also be prepared in a number of ways. Oysters can be roasted, grilled, baked, fried, and broiled. After they’ve been prepared in the desired manner, they can be eaten with just a few additions (like lemon or butter), or used as a major ingredient in a more complex dish.

The taste of oysters is largely dependent on where they’ve been harvested from. Oysters filter water and absorb any nutrients from the area they’ve grown in.

The vitamins C and E content of oysters is good for the immune system. Both vitamins possess antioxidant and anti-inflammatory properties that help the body free itself of harmful free radicals.

Since zinc hastens wound healing and boosts collagen production, oysters are also good for the skin. Collagen is a protein that plays an important role in the structural support of skin, nails, scalp, and hair.

Only buy oysters from a trusted supplier. Since oysters absorb the majority of the nutrients from their surroundings, they can also absorb any pollutants or toxins present in the environment. One type of bacteria that grows in estuaries, vibrio vulnificus, can also be found in oysters, and can cause food poisoning. Anyone with a shellfish allergy is also cautioned against oysters, as oysters are considered a shellfish and may cause allergic reactions if consumed.