Obstructive sleep apnea – causes, side effects and treatments at NaturalPedia.com 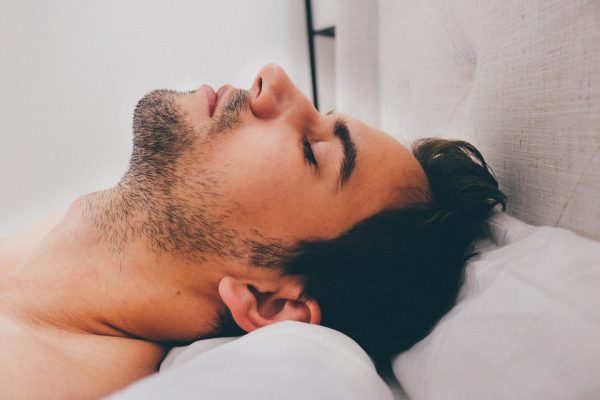 The term “sleep apnea” refers to a condition where breathing is repeatedly interrupted during sleep. There are many types of sleep apnea, but the most common is obstructive sleep apnea (OSA), a potentially serious disorder that occurs when the throat muscles block a person’s airway during sleep.

When a person sleeps, all of his muscles become more relaxed – including the muscles surrounding the airway. The throat leaves some opening for air to pass by; however, there are certain cases where the muscles in the upper throat, when relaxed, block the airway. This causes snoring, where air forces itself out of the narrowed airway. While snoring is a hallmark symptom of OSA, not all everyone who does it has the condition.

The condition is fairly common – at least one in five adults have mild symptoms of OSA, while one in 15 people have symptoms ranging from moderate to severe. In the U.S., the National Sleep Foundation estimates that over 18 million have the condition.

OSA is seen more in older adults, especially those over the age of 50, but it can still develop in other age groups – including children. Men are also more likely to develop OSA, as well as those who have a family history of the disorder 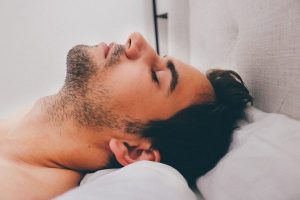 While OSA can affect everyone, people with certain conditions or lifestyle habits are more likely to develop the condition.

Symptoms of OSA can start off mild and be present for years before it develops and is evaluated.

During the day, the following symptoms may be observed:

If OSA, as well as other forms of sleep apnea, is left untreated, it could lead to the following complications:

Death is also a complication from sleep apnea; however, the cases of death as a result of sleep apnea is unclear. For the most part, experts link OSA complications with death, where the condition is also tied to pre-existing medical and surgical conditions.

In most cases, OSA is tied up with obesity. That said, modifying a diet to one that supports healthy weight management could help attenuate symptoms related to it. Certain lifestyle changes must be made, including quitting smoking, avoiding alcohol, and practicing side-sleeping, to improve a person’s chances of successfully managing – if not treating – the condition. Some recommended changes include:

For the most part, OSA and other forms of sleep apnea cause an overall reduction in health and an increase in life-threatening complications. The first step in treating sleep apnea is to modify a patient’s lifestyle, which includes:

In some cases, healthcare professionals would try to recommend continuous positive airway pressure (CPAP) therapy, which provides a steady stream of pressurized air through a mask. Some cases, such as obstructing tissue or enlarged tonsils, require surgery or an oral device called a mandibular repositioning device (MRD) to hold the jaw in place and keep the upper airway open. However, long-term use of MRD could include jaw and tooth pain, as well as aggravated temporomandibular joint disease.

Obstructive sleep apnea (OSA) is a condition where the throat muscles block a person’s airway during sleep.

Obstructive sleep apnea (OSA) is fairly common – at least one in five adults have mild symptoms.

Obstructive sleep apnea (OSA) can affect everyone, but those who are overweight or obese, have metabolic dysfunction, and have a family history of the disorder are more likely to develop it.

Obstructive sleep apnea (OSA), if left untreated, could lead to the following complications in the heart and chest wall muscles, even death.

Obstructive sleep apnea (OSA), could be managed with lifestyle changes and a healthy diet.