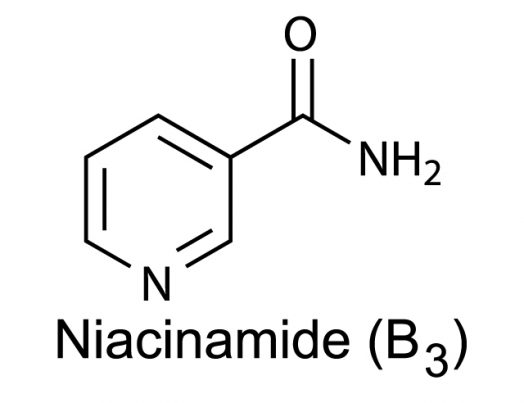 Niacinamide is the water-soluble form of the essential B vitamin called niacin. The compound is formed when niacin combines with an amide molecule, according to an article featured on the Digital Naturopath’s The Analyst blog.

According to the blog entry, the nutrient’s main function is to facilitate the release of energy from foods. The compound is also known to assist in the biological synthesis of deoxyribonucleic acid (DNA), which in turn plays an important role in the formation of chromosomes. Niacinamide is not readily produced in the body. This means that dietary intake of foods rich in niacinamide is vital in meeting the required nutrient level. The nutrient is shown to coexist in foods that contain other forms of B-complex vitamins including folic acid, pantothenic acid, riboflavin, and thiamine.

Niacinamide can be found in great concentration in lean red meat, poultry products, and whole grains such as wheat, barley, oats, and brown rice. Fish, nuts, legumes, and even brewer’s yeast are also excellent sources of the essential nutrient. 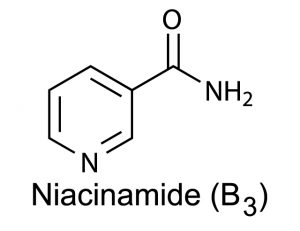 An article posted on the Live Strong website notes that the United States Food and Drug Administration has approved the use of niacinamide in the treatment of medical conditions associated with niacin deficiency, which include the nutritional disease called pellagra.

According to the article, pellagra may trigger a plethora of adverse medical conditions such as  dementia and depression, diarrhea, and irritated skin. The entry has also indicated that fortifying foods with the nutrient resulted in a significant decline in pellagra cases since 1900s.

Niacinamide also plays an integral role in maintaining a healthy brain and promoting the central nervous system’s overall health. An entry featured on the Digital Naturopath website shows that the nutrient helps reduce the levels of a protein called phosphorylated tau that causes the formation of tangles or brain lesions associated with Alzheimer’s disease onset.

Likewise, the compound is touted to strengthen the brain cell scaffolding where information travels. This mechanism helps maintain neuron health and further prevent symptoms of the cognitive condition. Niacinamide is also found to improve mitochondrial energy production and protect the mitochondria from damage caused by toxic substances. This, in turn, reduces the risk of developing Parkinson’s disease.

The nutrient is shown to lower the odds of anxiety as well. Previous studies have demonstrated that niacinamide is just as effective as Valium-type drugs in addressing the mental condition.

Aside from its neurological benefits, niacinamide is also known to alleviate the symptoms of disorders such as type-1 diabetes. The nutrient also supports patients with type-2 diabetes by restoring the insulin-producing cells of the pancreas.The nutrient is found to promote bone health and alleviate osteoarthritis, as well as  improve digestive health and protect the liver from alcohol-related damage.

The compound enhances the body’s immunity too. Niacinamide is known to stave off a host of conditions such as hay fever, allergic rhinitis, and sinusitis. The nutrient may also enhance skin health and address various disorders such as acne, hives, and aging.

Niacinamide is best known for its powerful properties that protect the brain and the central nervous system. Likewise, the nutrient may help improve bone health and enhance the body’s digestive profile. The compound also plays a vital role in fortifying the body’s immune system and promoting skin health.

Niacinamide helps alleviate the symptoms of both type 1 and type 2 diabetes.