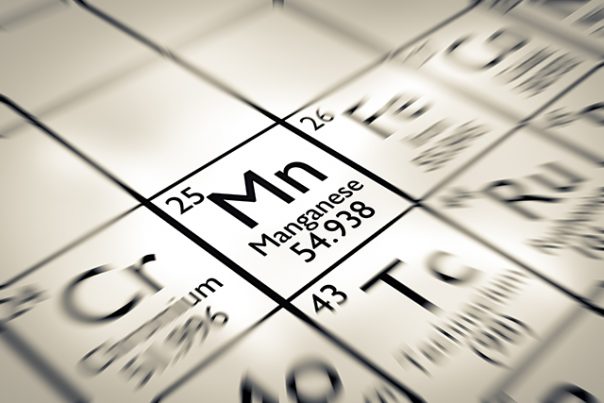 Manganese is a trace mineral naturally produced by the body in tiny amounts (20g at the most at any time), and is commonly found concentrated in the liver, pancreas, kidneys, and bones. A component of the powerful antioxidant superoxide dismutase, manganese plays numerous important roles for the proper function of the body. These include but aren’t limited to maintaining the proper activity of the nervous system, contributing to the formative of connective tissues, and assisting in the regulation of blood sugar levels.

Because the body is unable to produce higher quantities of manganese, it’s crucial that manganese-dense foods are a part of one’s daily diet. Green vegetables, coconuts, almonds, brown rice, and hazelnuts are the best sources of manganese not just because of their manganese content, but also because they can maximize its absorption by the body. Other sources of manganese include raspberries, turmeric, kiwis, mustard greens, spinach, and whole wheat.

A diet poor in manganese will often lead to a deficiency; the symptoms of which are high blood pressure, bone malformation, poor eyesight, and high cholesterol, among others. Conversely, taking in too much manganese can result in manganese toxicity, which is characterized by poor cognitive performance. 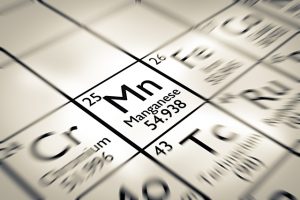 Along with boron and vanadium, manganese is one of the trace minerals essential for healthy bones. Manganese increases bone mineral density, and thus is believed to help prevent the onset of osteoporosis. This makes manganese an especially vital trace mineral for post-menopausal women, as osteoporosis is quite common among them.

While the exact mechanisms have yet to be fully uncovered, depleted levels of manganese have been shown to trigger epileptic seizures. The vasodilator quality of manganese is thought to be the reason behind its anti-epileptic action.

Manganese can reduce inflammation by boosting superoxide dismutase levels, thus making manganese of the best minerals to take to soothe the symptoms of arthritis.

The process of wound healing is bolstered by manganese: this mineral is necessary for the activation of an enzyme that provides the amino acid proline, an important part of collagen formation.

Manganese is particularly essential for breastfeeding women as it is an essential mineral in the formation of breast milk.

Proper manganese levels can aid in the management of diabetes by regulating glucose metabolism. Glucose that has been properly absorbed and utilized has a smaller chance of accumulating in the body and leading to hyperglycemia or high blood sugar.

Manganese has been said to control the effects of stress stabilize the symptoms of tinnitus, a condition marked by a non-stop ringing or buzzing in the ears.

The immune system can benefit greatly from manganese as this mineral can enhance the activities of natural killer cells and macrophages, a type of large white blood cell that locates and eliminates microscopic foreign bodies through the process of phagocytosis.

Manganese can keep the nervous system healthy and functional by scavenging free radicals and preventing oxidation. One other way manganese supports the nervous system is by speeding up cognitive function through binding with neurotransmitters to stimulate more efficient impulse transmission.

The trace mineral manganese is an important nutrient that the body can only produce in small amounts, making the consumption of manganese-rich foods crucial for overall health. Manganese can get the symptoms of arthritis, lethargy, anemia, epilepsy, diabetes, tinnitus, and premenstrual syndrome under control, while also keeping the bones, immune system, and nervous system fully functioning.