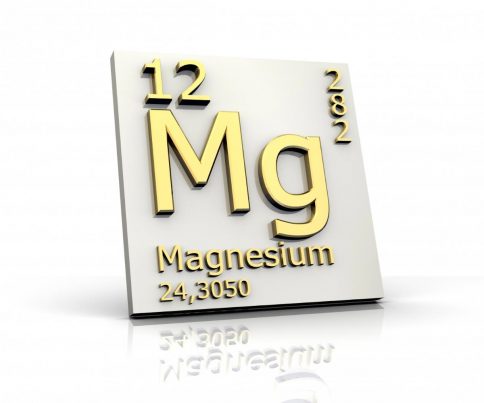 Magnesium is an element that can be found in the earth, sea, plants, animals, and humans. It has the atomic symbol Mg, atomic number 12, and atomic weight 24.31. About 60 percent of the magnesium in your body is found in your bones, while the rest is in muscles, soft tissues, and fluids, including blood.

It is essential for enzymic activity, especially for oxydative phosphorylation, which is the metabolic pathway in which cells make use of enzymes to oxidize nutrients so as to release energy which is used to make adenosine triphosphate. In fact, every cell in your body needs it to function.

Magnesium, as a metallic substance, can be absorbed into the body via inhalation of dust. Prolonged exposure to it can cause a burning sensation in the mouth, chest, and stomach; acute abdominal pain; cough; diarrhea; elevated body temperature; eye redness and pain; headache, dullness, weakness; irritation of eyes and mucous membranes; metal fume fever; shortness of breath; and sore throat. 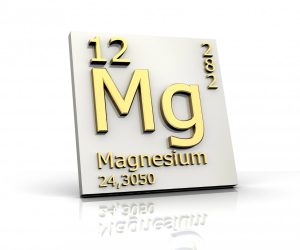 Magnesium has pain-relieving qualities. It is beneficial for children who weren given general anesthesia for undergoing surgery as it heightens the drug’s ability to make pain subside.

Magnesium can regulate blood sugar levels. One study followed more than 4,000 people for 20 years and found that those with the highest magnesium intake were 47 percent less likely to become diabetic.

One of magnesium’s main roles is acting as a cofactor in the 600 biochemical reactions continuously performed by enzymes, including:

Magnesium also plays a role in exercise performance. It helps move blood sugar into your muscles and get rid of lactic acid, which can accumulate in the muscles during exercise and cause pain. Studies have shown that supplementing with magnesium can increase exercise performance for athletes, the elderly, and people with chronic disease.

Magnesium is good for the digestive system. When taken internally by mouth as a laxative, the osmotic force of the magnesia suspension draws fluids from the body and retains those already within the lumen of the intestine, serving to distend the bowel, thus stimulating nerves within the colon wall, inducing peristalsis and resulting in evacuation of the colon’s contents.

Magnesium is good for the muscular and skeletal systems. It can be an effective treatment against muscular pain and temporomandibular joint disorders.

Magnesium is good for the nervous system. It fights depression. One study of more than 8,800 people found that those under 65 years of age with the lowest magnesium intake had a 22 percent greater risk of depression. Supplementing with it can reduce symptoms of depression in some people.

Magnesium is good for the cardiovascular system. Studies show that taking it can lower blood pressure.

Magnesium is good for the female reproductive system. It staves off premenstrual (PMS) symptoms such as mood swings and water retention.