Lyme disease – causes, side effects and treatments at NaturalPedia.com 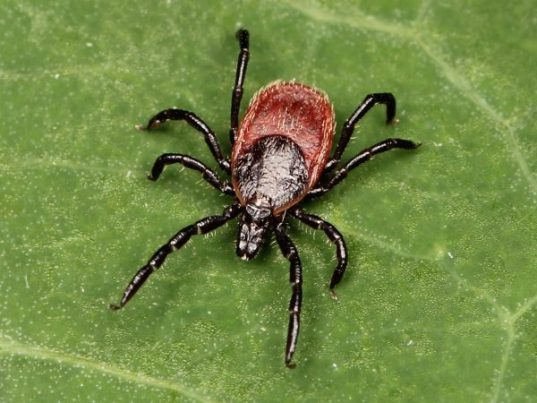 Lyme disease, also known as Lyme borreliosis, is a tick-borne infection caused by spirochetes, which are spiral-shaped bacteria responsible for various diseases in humans. The type of bacteria that causes Lyme disease differs based on location. In North America, Lyme disease is usually caused by the bacterium Borrelia burgdorferi, while in Europe, this condition is most often associated with Borrelia afzelii or Borrelia garinii. These bacteria are transmitted to humans through the bites of infected ticks, which can most often be found in forests, woodlands, and areas with high grass. Deer and medium-sized animals have been known to carry infected ticks as well.

The disease gets its name from the town of Old Lyme, Conn., where Lyme disease was first reported in 1975. What was originally thought of as an outbreak of juvenile rheumatoid arthritis turned out to be this illness. 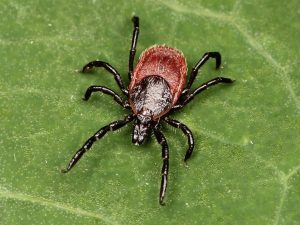 Known side effects of Lyme disease

The symptoms experienced by an individual will depend on the stage of the disease, of which there are three.

The first stage, early localized infection, occurs within one to two weeks of infection. This stage is primarily characterized by erythema chronicum migrans, which a bull’s-eye shaped rash that manifests on the site of the tick bite. Most cases of Lyme disease will display this rash, though there have been some in the past that didn’t. Other symptoms of this stage include:

The second stage, early disseminated infection, occurs several weeks after the bite. At this point, the bacteria have begun spreading across the body and causing the infected person to experience:

Lyme disease has the potential to permanently damage the nervous system, brain, heart, and joints. According to MedicineNet.com, people with chronic Lyme disease are at high risk developing autoimmune forms of arthritis, which include rheumatoid arthritis, psoriatic arthritis, and peripheral spondyloarthropathy.

Food items or nutrients that may prevent Lyme disease

As per TheDailyMeal.com, people who suffer from chronic Lyme disease should incorporate anti-inflammatory, immune system-supporting, and gut health-supporting foods into their diet to make managing the disease much easier. These types of foods will assist the body in recovering from Lyme disease and improving one’s immunity to minimize the risk of catching it again in the future. Some good examples include:

Moreover, infected persons should make it a point to avoid alcohol and processed foods high in sugar and carbohydrates. This is because alcohol can affect the immune system, while sugars and carbohydrates may throw gut flora out of balance.

Lyme disease is usually treated with the administration of antibiotics. During the early stages, antibiotics such as doxycycline or cefuroxime will be given orally as part of a 14- or 21-day course to eliminate the infection. Chronic Lyme disease will usually call for intravenous delivery of antibiotics over the same duration.

Any ticks found on the body should be immediately removed with tweezers. To do this, simply grasp the head or mouth of the tick and pull gently. Avoid twisting or jerking the tick, as this can cause the mouth-parts to break off and remain attached to the skin.

Lyme disease is a bacterial infection caused by tick bites. People who have Lyme disease will experience a wide array of symptoms which that include fever, chills, fatigue, and dizziness. If treatment isn’t given right away, Lyme disease can worsen and negatively affect the joints, nervous system, brain, and heart.

Antibiotics are the standard treatment for Lyme disease. Since ticks are the prime carriers of Lyme disease, preventing them from latching onto one’s skin and transmitting disease-causing bacteria is the key to avoiding this condition.