Lovage, which has the scientific name of Levisticum officinale, belong to the Apiaceae family, of which angelica, parsley, and dill are also members of. This perennial herb originally came from the Mediterranean and all over Europe.

Levisticum literally means “from Liguria”, and using this word to represent lovage is accurate – the Romans brought lovage from the Ligurian coast of Italy to Great Britain. After that, lovage traveled to America when the English colonists and put up settlements in the newfound land. 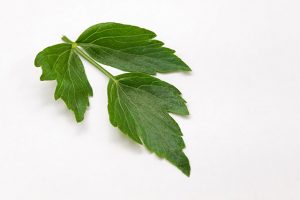 Lovage is good for the skin. It can stimulate blood flow to the skin, thus helping it boost its appearance and tone. It can treat skin conditions like acne, dermatitis, and psoriasis. For best results, apply lovage leaves or a salve made out of dried lovage to the affected body part.

Lovage has antibacterial properties. Compared with 21 other plant extracts, it was found out that lovage had the strongest antibiotic effect against bacterial pathogens such as Salmonella, Escherichia coli, and Helicobacter pylori, a University of Birmingham study showed.

Lovage has anti-allergy properties. It contains quercin, which is good for combating allergies by preventing histamine release and lessening skin irritation, itchy eyes, runny noses, and other symptoms that are caused by environmental and food allergens.

Lovage can help women when they have their monthly period. It can help alleviate the pain brought about by cramps and lessen occurrences of bloating.

Lovage can also support the kidney and liver and was said to provide treatment for jaundice. It stimulates the production of urine and induces regular waste removal without necessarily removing electrolytes from the body and leaving you dehydrated.

Lovage contains antioxidants that help fight off harmful free radicals that cause premature aging and the growth and development of carcinogenic cells and tumors. These antioxidants also protect against cellular damage.

Lovage is said to treat headaches and migraine, and even more serious illnesses such as malaria.

Lovage is good for the respiratory system. It is used to clear the lungs of phlegm and loosen mucus buildup, and is used as a treatment for colds, cough, and sore throat, allowing you to breathe easier and increase the oxygen intake of your body. It has the chemical compound eucalyptol, which produces an anti-inflammatory effect in people who are afflicted with bronchial asthma and pleurisy or shortness of breath.

Lovage’s anti-inflammatory properties can also aid you in relieving joint disorders such as arthritis, gout, skin inflammations, and rheumatic swelling. It is also considered as a natural blood purifier.

Lovage is good for the digestive system. It provides relief for ailments such as abdominal pain, congestion, flatulence, and cholic. It helps soothe bowel irritation and support proper colon function.

Lovage is good for the cardiovascular system. It was proven to decrease the risks of contracting heart conditions.

Ways to use lovage

Lovage can be taken in liquid form or in capsules. You can also add it to meals by using the fresh leaves and young stems to make sauces, salads or to incorporate it into soups and stews. The roots themselves can be eaten as they are, and are tasty like most vegetables. The seeds taste like anise or fennel and blend well in curry and other spicy dishes.

For a tip on how to make lovage and lettuce soup, visit this site.

Lovage is good for the respiratory system.

Lovage is good for the digestive system.

Lovage is good for the cardiovascular system.