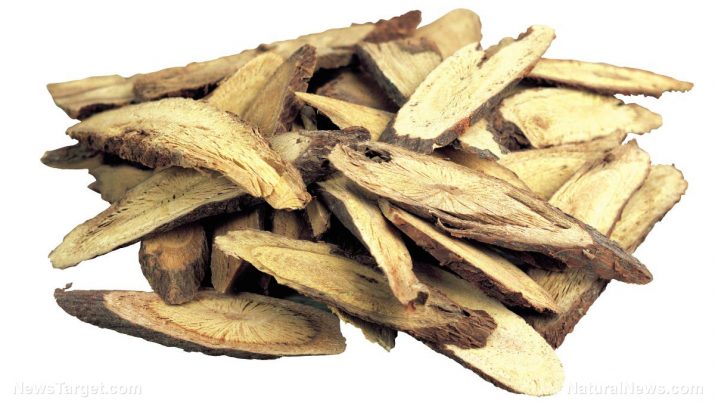 Licorice is a perennial plant that belongs to the same family as pulses. The plant is cultivated mainly for its taproot, which is used as both culinary ingredient and medicine. According to a Wise Geek entry, licorice grows wild in Southern and Central Europe and certain parts of Asia. The medicinal plant reaches a height between three feet and seven feet, while its taproot grows up to four feet. The late blooming perennial is characterized by its purple and white flowers and maroon seed pods. The taproot can only be harvested in about three to five years after planting.

The plant’s flavor is similar to that of anise or aniseed, a spice belonging to a completely different plant family. It proves challenging to distinguish the flavors as aniseed oil is used to boost the flavor of licorice candy. Licorice comes in many names such as licorice root, liquorice, and sweetroot. 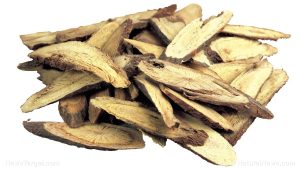 Licorice is an excellent source of important nutrients that fend off a host of diseases. These essential vitamins and minerals include:

Licorice is primarily beneficial in enhancing the digestive system’s overall health. The plant is known to address a variety of digestive conditions such as gastric ulcers, dyspepsia, and impaired digestion. Likewise, licorice is found to possess hepatoprotective properties that mitigate liver toxicity and fend off liver damage and hepatitis B infection. The medicinal plant is also shown to prevent the onset of obesity. Licorice is touted to promote intestinal detoxification too.

The medicinal plant is found to strengthen the immune system as well. According to an Organic Facts article, licorice contains strong anti-disease properties that keep various viral, fungal, and bacterial infections at bay. The plant is commonly used to alleviate infections such as shingles, chicken pox, and flu. Likewise, licorice is notably effective against respiratory conditions such as tuberculosis, bronchitis, emphysema, and asthma. Licorice is touted to relieve HIV-related symptoms too.

In addition, licorice is shown to promote brain health and alleviate diseases that affect the central nervous system. The medicinal plant is packed with essential nutrients — such as magnesium, calcium and beta-carotene — that mitigate the risk of developing depression. The flavoring agent is also an excellent remedy to various neurological disorders including Bell’s palsy and Lyme disease.

Licorice is also found to relieve arthritis as well as menopausal and premenstrual symptoms. Likewise, the medicinal plant helps alleviate chronic fatigue and mitigate the risk of atherosclerosis and cancer. The popular flavoring is touted to address diabetic nephropathy too. Licorice is known to promote skin, eye, and hair health as well.

Licorice is best known for its positive effects on the body’s digestive profile. Likewise, the medicinal plant is beneficial in maintaining a strong immune system and a healthy respiratory tract. The popular flavoring is also shown to protect the heart, the brain and the female reproductive health. Licorice promotes skin, eye and hair health as well.

Ways to use licorice

Licorice is a popular flavoring in a variety of candies, confections, and baked goods such as cakes and bread. Likewise, it is a widely used ingredient in brewing and producing aperitifs. The ingredient can also be incorporated in various salad recipes, and may even go well with red meat, fish, and poultry dishes. An entry posted on the BBC website has compiled a number of interesting recipes that call for licorice.

Licorice benefits the immune system and both the digestive and respiratory tracts.

Licorice protects the heart, the brain, and the female reproductive health.