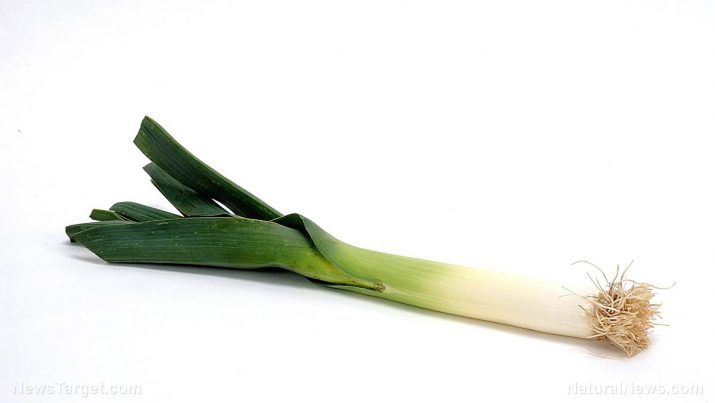 Leeks are flavonoid- and sulfur-rich vegetables that belong to the same plant family as onions, scallions, shallots, and garlic. However, leeks are not capable of producing bulbs unlike their cousins. The vegetables are known for their mild and sweet flavor and have been touted for their many health benefits. According to an article on The World’s Healthiest Food website, leeks are believed to be native to Central Asia and have been cultivated in the region and in Europe for thousands of years. 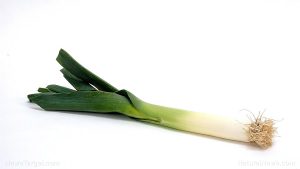 Leeks are touted for their many health benefits, thanks largely to their reservoir of essential nutrients. An article posted on the health and nutrition website Nutrition and You has enumerated the many nutrients found in leeks, which include:

Leeks are known to contain active compounds that are beneficial in maintaining a healthy heart. They contain a potent flavonoid called kaempherol, which protects the linings of cardiovascular blood vessels against harmful effects of free radicals. The same compound is found to stimulate nitric acid production. Nitric acid is touted for its vasodilating properties that help relax the blood vessels, which in turn reduces the risk of hypertension. Aside from this, leeks contain a bioactive folate called 5-methyltetrahydrofolate that lowers the level of homocysteine, a compound associated with coronary artery disease and atherosclerosis onset.

Leeks are also known for their high vitamin K and vitamin B6 content, which are loaded with anti-inflammatory properties. This makes leeks a formidable superfood against a host of inflammation-induced diseases such as diabetes, obesity, and rheumatoid arthritis. They are also an excellent source of allyl sulfides, which are notably effective in inhibiting tumor growth, thus preventing the onset of prostate, colon, and ovarian cancers.

In addition, the superfood is widely regarded as a prebiotic that facilitates healthy digestion and fortifies the stomach, kidneys, and intestines. The high fiber content in leeks are found to promote satiety, regulate intestinal activity, and curb bloating. The abundant fiber supply in leeks is also notably effective in flushing out excess cholesterol from the body.

Moreover, leeks contain high vitamin K levels that stimulate the protein osteocalcin, which strengthens the bones as a result. Aside from this, the rich lutein and zeaxanthin content in leeks are touted to stave off cataracts and age-related macular degeneration. Additionally, leeks are known for their beneficial effects on the immune system. The superfood is noted for its antiseptic properties and balsamic action that rids the respiratory tract of unwanted infections such as flu, cold, and hay fever. Likewise, the vegetable is rich in magnesium, phosphorus, and folate that improve concentration, memory, and the brain’s information processing capacity.

Furthermore, the vegetable is a popular aphrodisiac that helps improve the reproductive system. Its abundant vitamin B9 content prevents birth defects in babies of pregnant women.

Leeks are beneficial to the digestive, circulatory, respiratory, and immune,  skeletal, nervous, and reproductive systems.

Ways to use leeks

Leeks are known for their sweet, delicate flavor, which makes them an especially important ingredient in a variety of recipes including soups and stews, and meat and pasta dishes. An article on MarthaStewart.com has curated some of the most interesting recipes you can make with leeks.

Leeks are beneficial to the digestive, circulatory, respiratory, and immune systems.