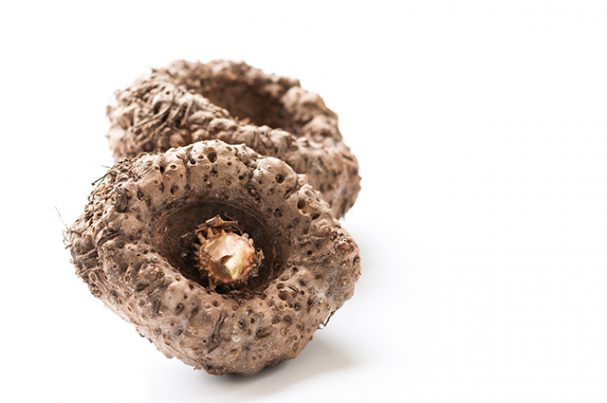 Konjac, also known as snake palm, elephant yam, or devil’s tongue, is a root vegetable endemic to the warm subtropical regions of Asia, most notably in Japan, China, and Indonesia. This plant is most widely used as for food in Japan; there, konjac is usually turned into “konnyaku”, a slightly salty, firm, gray-colored jelly. Konnyaku serves an ingredient in lychee candies, noodles and tofu alternatives, and fruit jellies. Although generally a healthy plant, konjac is not without side effects that can have serious health consequences. 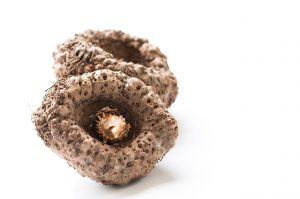 Harmful effects that can be caused by konjac

The most infamous detrimental health effect associated with konjac is the risk of choking. Unlike many other gelling agents which easily melt in the mouth, konjac gel remains solid when exposed to saliva. In some cases, konjac has even formed a gel that needs to be chewed before it goes down. As a result, there have been numerous deaths and near-deaths among children and the elderly that have been caused by eating konjac candy. Even the supplemental form of konjac can cause obstructions in the esophagus or bowels, especially if these are taken without any water. Australia banned konjac products in 1985 because of their potential as choking hazards, while Canada and the U.S.A have issued health advisories concerning konjac.

Konjac is an excellent source of fiber, meaning that it can decrease the frequency of constipation. However, the high fiber content can lead to a variety of gastrointestinal issues like flatulence, loose stools, and diarrhea.

The fiber content in konjac is water soluble, and thus can easily absorb water. Konjac can swell to many times its own size, a fact that has given rise to the use of konjac as an appetite suppressant. Similar to the above, however, konjac consumed for this purpose can lead to choking or esophageal blockage.

In addition, the fiber content can lower blood sugar, so individuals who are diabetic or taking blood sugar-lowering medication should only consume konjac products under strict medical supervision. People who are about to undergo surgery are advised against consuming konjac at least two weeks before their scheduled operation specifically because of this effect.

Allergic reactions to konjac have been recorded, and the symptoms included hives, rapid heart rate, swelling, and difficulty in breathing.

Konjac can interfere with the efficacy of medication by impeding the body’s ability to absorb the effects, so taking konjac an hour before medication is recommended.

The digestive system and esophagus are the body systems most at risk from improper consumption of konjac. To avoid this, it’s best to take konjac alongside eight ounces of water or other fluids, at the very least.

Konjac is a root vegetable that, when turned into its gelatinous form, can become a choking hazard if consumed without proper amounts of fluids. Its rich fiber content has been known to cause diarrhea, loose stools, and flatulence. Moreover, konjac can interfere with diabetic medication and affect blood sugar levels.