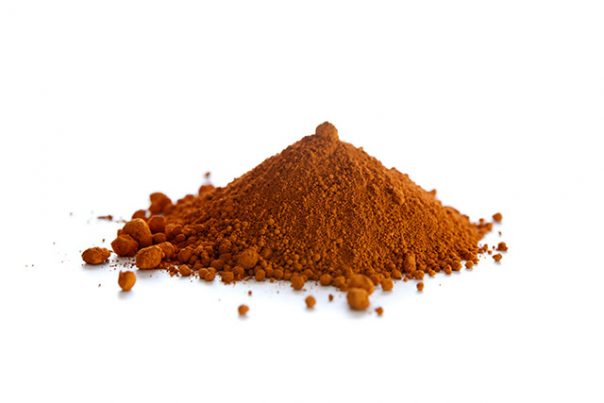 Iron oxide is the general term for the range of chemical compounds made of iron and oxygen. These compounds are present in nature and can be found in soil and mountainous chemical deposits. Iron oxide will typically result from iron coming into contact with oxygen by itself or as a part of other elements. One of the most common forms of iron oxide is rust, which is a red oxide formed by iron and oxygen reacting to moisture.

From electronics to cosmetics to art, iron oxide has been utilized in a multitude of applications throughout history. For example, iron oxide is widely used to create burnt umber, burnt sienna, and many other pigment foundations and base colors. In addition, iron oxide is often added to cosmetic and personal care products such as mascara, eye shadow, facial cream, and sun protection products. 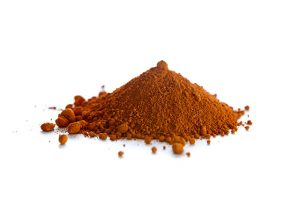 Harmful effects that can be caused by iron oxide

Breathing in iron oxide fumes can result in metal fume fever, an illness that originates from the welding of certain materials that generate freshly formed metal oxide fumes. Breathing in these fumes can bring about flu-like symptoms within eight to 12 hours of exposure. Symptoms of metal fume fever include a metallic taste in the mouth, chest tightness, fever, chills, and cough.

Iron oxide fume exposure can also cause pneumoconiosis, a kind of lung disease brought on by inhaling certain lung-damaging dust particles or fumes. Pneumoconiosis will usually only show up on an x-ray, though there a few symptoms associated with this disease. The symptoms range from cough and plenty of phlegm to mild to severe breathing difficulties.

Magnets made with iron oxide have been linked to a variety of health problems, the most common of these are caused by swallowing the magnets. When swallowed, two magnets can bind together through the walls of the digestive tract to create blockage that can lead to more serious health issues. Infants and toddlers are most at risk from iron oxide magnets.

Iron oxide is especially dangerous to people suffering from hemochromatosis, a disorder wherein the body loads too much iron. People with hemochromatosis are unable to naturally rid themselves of extra iron. The excess iron tends to build up in major organs over time, and if left untreated, can damage these organs and cause them to become diseased. Furthermore, hemochromatosis can increase the risk for other diseases like arthritis, liver cirrhosis, gallbladder disease, and impotence.

Iron oxide can damage the respiratory system. This was observed in the red iron oxide dust storms of Australia, which have been linked to numerous breathing problems and the aggravation of respiratory conditions like asthma and sinus infections.

Iron oxide is a compound that has many practical applications, though it’s been linked to some health problems as well.

Iron oxide fumes can cause metal fume fever and pneumoconiosis, while iron oxide-based magnets have been known to cause serious digestive issues.

Iron oxide can exacerbate the symptoms of people with hemochromatosis.

Iron oxide can damage the respiratory system, and even aggravate pre-existing respiratory conditions.