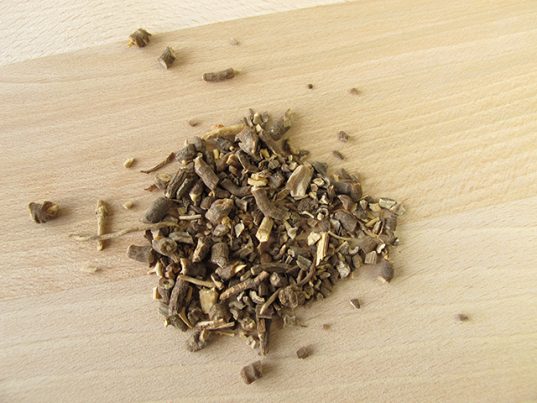 We were first introduced to the root crop ipecacuanha in 1570 when a Portuguese friar spoke of an effective remedy for the bloody flux (a medieval term used to describe bloody diarrhea or swine dysentery). The unknown devotee named the plant for the native word i-pe-kaa-guéne which meant “road-side sick-making plant”. Since then, ipecacuanha has been used as an emetic, expectorant, and antispasmodic.

Native American healers, as well as those involved with homeopathy, follow the basic principle of “like attracts like”. That is, conditions are cured through treatments that share the same medical/toxicological profile. Thus, ipecacuanha, with its ability to make a person regurgitate, was given as a treatment for poison. The plant prompted such astounding nausea to make a person vomit, which would effectively rid the body of unwanted organisms. Ipecacuanha was noted to have the additional benefit of reducing spasmodic respiratory complaints such as gagging and retching coughs. 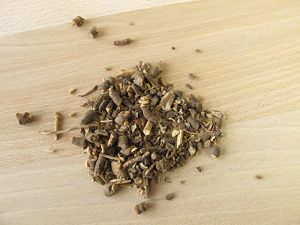 Ipecacuanha is used to relieve respiratory disorders, particularly those that require a person to vomit. The root is also used to treat irritating, dry, and loose cough caused by warm or humid weather. Those who complain of this condition feel very wheezy and report having constricted breathing. Ipecacuanha eases these symptoms.

Ipecacuanha can be used to treat morning sickness, migraines, and some gynecological problems such as heavy menstrual bleeding.

Be very careful when using ipecacuanha. Homeopathic doctors heavily dilute the root and often combine it with other herbs and plants. Taking too much of the plant can induce severe vomiting and persistent nausea. People may hemorrhage. Even taken in low doses, ipecacuanha can make a person more irritable. Children, who are less able to control their feelings, often scream and howl when they ingest the crop. Parents should be very wary when allowing their children to take the root.

The root crop helps people breathe better. It is therefore a useful remedy for those suffering from a respiratory condition. While it does make a person feel like vomiting, it also addresses the heaviness and pain caused by a whooping cough or belching.

Ways to use ipecacuanha

The root is only safely taken as part of a decoction. Casual users should always make their own under the direct supervision of a qualified homeopath. For safety and health reasons, it is better to just source ipecacuanha from a reputable doctor instead. Bi-monthly checkups are recommended upon the ingestion of ipecacuanha.

Ipecacuanha is used in homeopathy and follows the “like attracts like” principle. It is somewhat toxic, forcing people to vomit, and is used as a cure for various poisons. It is additionally used to ease respiratory symptoms such as restricted breathing and dry cough.