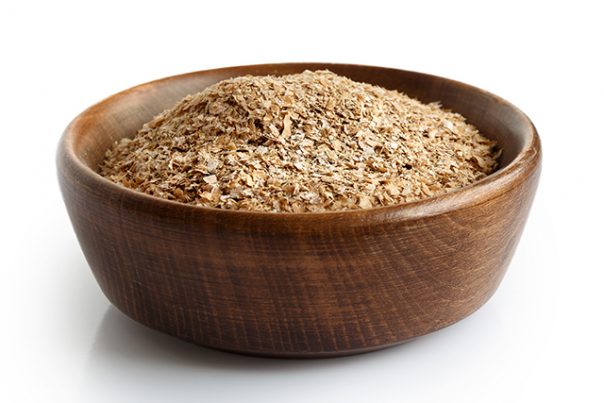 Insoluble fiber is a type of dietary fiber that most people refer to as roughage. It is mostly found in whole grains and nuts as well as fruits and vegetables. A Health.com article  notes that insoluble fiber is commonly stored in the stalks, skins, and seeds of these food sources. As the name suggests, insoluble fiber neither dissolves in water nor is metabolized in the intestines and absorbed in the bloodstream. It rather retains its properties and add bulk to waste in the digestive system.

An article posted on the health and wellness website Live Strong noted that there are no set recommendations for insoluble fiber intake. However, the Dietary Guidelines for Americans 2010 suggests that adults consume up to 14 grams of total fiber for every 1,000 calories. The entry also adds that people may get relatively high amounts of insoluble fiber from whole grains such as wheat bran, wheat germ, and oatmeal. Likewise, the article stresses that beans and legumes — such as pinto beans, navy beans, black-eye peas and lentils — may provide more than four grams of insoluble fiber.

Green leafy vegetables including kale, Brussels sprouts, and broccoli also contain an abundant supply of insoluble fiber.  Likewise, roughage can be found in large quantities in root crops including sweet potatoes, beets, and carrots. Insoluble fiber can also be obtained from fruits including apples, pears, and strawberries as well as nuts such as almonds and walnuts. 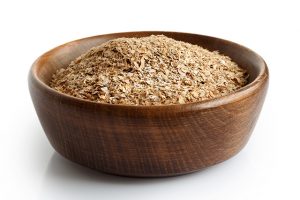 Insoluble fiber is commonly associated with better digestion. The nutrient is known to add bulk to the stool, which makes it softer and heavier. This helps ease bowel movement and reduce the risk of constipation and hemorrhoids. The Harvard School of Public Health recommends that people suffering from constipation gradually increase their fiber intake to relieve the conditions. Likewise, consuming foods rich in insoluble fiber may lower the odds of developing diverticulitis, a digestive condition characterized by swelling and infection of pouches in the intestinal walls. According to the T. Colin Campbell Foundation, insoluble fiber intake may slash the risk by up to 40 percent.

Insoluble fiber is tied to healthy weight loss as well. According to scientists at the Colorado State University Extension, insoluble fiber contains no calories and may promote satiety for longer periods of time. The experts have explained that foods high in insoluble fiber tend to stay in the digestive tract for an extended period, thus inhibiting the brain from transmitting hunger signals. In addition, insoluble fiber is found to promote insulin sensitivity. This effectively controls the body’s blood sugar levels and reduces the risk of developing diabetes.

An article featured on the Health Line website also stresses that consuming foods high in insoluble fiber may help maintain a healthy cardiovascular profile. According to the article, roughage helps balance the body’s cholesterol levels and reduce the likelihood of suffering from hypertension. Insoluble fiber is also shown to maintain a healthy pH level in the guts, which in turn prevents intestinal bacteria from forming cancerous substances. This then lowers the chances of developing colon cancer. Eating foods with abundant roughage supply may also slash the risk of suffering from breast cancer.

Insoluble fiber mitigates the risk of diabetes and hypertension.

Insoluble fiber is particularly beneficial to the digestive tract.