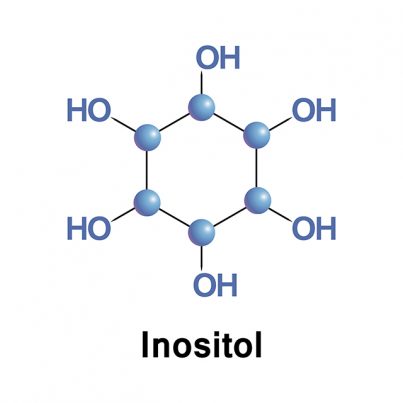 Inositol is a sugar alcohol that can be produced in your body from glucose. It is often referred to as vitamin B8 as it is a member of the B complex vitamins.

Although you do not need to get it from foods, you can also get myo-inositol from plant foods such as beans, peas, rutabaga, okra, wheat and oat bran, whole grains, cantaloupe, citrus fruits, blackberries, nectarine, and kiwi. The nutrient can also be found in energy drinks.

Inositol supplements are available in the forms of inositol, myo-inositol, D-chiro-inositol, and inositol choline. 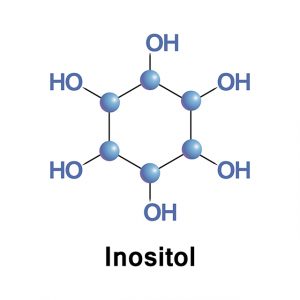 The nutrient was also found to benefit breast cancer patients. Patients who received chemotherapy with IP6 + Inositol did not have cytopenia, the reduction of leukocyte and platelet counts. They had a significantly better quality of life and functional status and were able to perform their daily activities.

Different studies discovered the beneficial effects of inositol among people with depression and premenstrual syndrome. Cerebrospinal fluid inositol was reported to decrease depression and enhance mood. A study also found that inositol may reduce OCD severity. It was also found to improve ovarian function in women with oligomenorrhea and polycystic ovaries, according to another study.

Another study compared the effect of inositol with that of fluvoxamine in panic disorder in which 20 patients took 18 grams of inositol a day and took up to 150 milligrams a day of fluvoxamine for one month each. Inositol reduced the number of panic attacks per week by four compared with a reduction of 2.4 with fluvoxamine.

Myo-inositol supplementation is also reported to be good for obese pregnant women as it reduced the incidence of gestational diabetes mellitus through a reduction of insulin resistance, according to studies.

There are seven most proven and best benefits of inositol, according to VitGuide.com. First, it is good for the integumentary system. It promotes strong and healthy hair.

Inositol is good for the cardiovascular system. It is reported to lower cholesterol levels. Inositol, when combined with choline, produces lecithin in the body which is important in breaking down fats in the body. This means that it can prevent fat buildup in the cell walls of the heart, arteries, and brain by breaking down the fatty deposits. Having less fat in the arteries means lower cholesterol.

The nutrient can help diabetes sufferers. It can have positive impact on body cells, as it is part of the B-complex vitamins. It will not cure the disease, but it will make it bearable for diabetes patients when combined with other diabetic neuropathy treatments.

This nutrient is good for the nervous system. As mentioned earlier, it is a great natural antidepressant as it can treat depression and mood swings. Research showed that people with low levels of inositol have a higher chance of suffering any of these mental illnesses. It is also known to participate in the action of serotonin production in the brain and nerve systems that respond well to mood stabilizers.

Inositol is good for the respiratory system. The nutrient can be beneficial to babies with respiratory problems by reducing rates of death and disability. Inositol supplementation lowered rates of death, lung complications, brain bleeds, and eye problems with no real side effects.

The nutrient is also good for the digestive system as it can relieve constipation. A lack of inositol in the system can cause excessive relaxation of the muscles in the intestines and alimentary canal, which leads to constipation. It works to stimulate the muscular action and ease the pain of constipation.

Lastly, it might also help fight against cancer. It has been shown to have compounds that treat and prevent cancer, especially when combined with phytic acid, according to some studies.