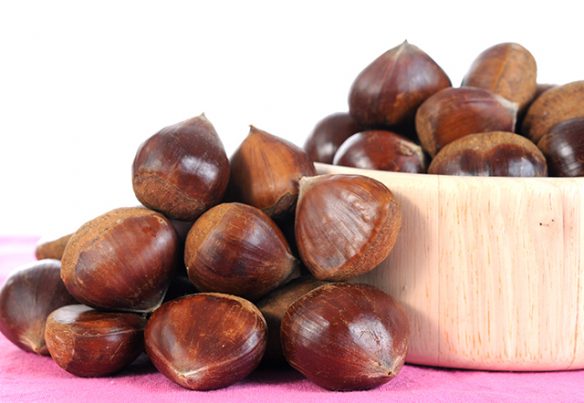 Horse chestnut, which has the scientific names of Aesculus hippocastanum, Aesculus californica, and Aesculus glabra and is also called by other names such as Spanish chestnut and buckeye, has had its bark, flowers, leaves, and seeds used for traditional medicinal purposes for a long time now.

In fact, medical herbalist Andrew Chevallier wrote in The Encyclopedia of Medicinal Plants that horse chestnut was believed to be a medicinal herb as far back as 1565, according to Greek physician and pharmacologist Pedanius Dioscoride’s Materia Medica.

It is not to be confused with the buckeye trees that are cultivated in California and Ohio. 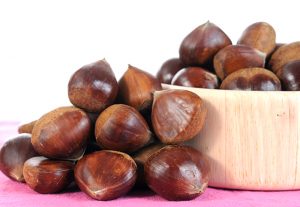 Horse chestnut has analgesic properties. Its seed extracts can be used to treat hemorrhoids and varicose veins; as a matter of fact, a study once showed that 120 milligrams of horse chestnut seed extract per day alleviated symptoms of pain, burning, itching, and swelling. It can even speed up the healing process of wounds and injuries.

Furthermore, according to celebrity doctor Andrew Weil, MD: “Horse chestnut is a promising alternative [to grape seed extract]…clinical studies have demonstrated that supplementing with horse chestnut seed extract may help relieve the pain and swelling of varicosities.”

Horse chestnut can also be used as treatment for the hardening of arteries, frostbite, leg ulcers, rheumatism, phlebitis or vein inflammation, neuralgia, which is characterized by a stabbing and severe pain due to damaged nerves, and rosacea, which is a skin condition that is characterized by redness in the face and dilated blood vessels.

Among the studies that concluded that horse chestnut is capable of being used as treatment for these conditions are the one that was published in the Journal of the Norwegian Medical Association and the one that was done in Middlesex University in England.

Horse chestnut has cancer-fighting capabilities. It helps in killing cancers and tumors.

Horse chestnut can rejuvenate the body. It can be used to address aging skin, hair loss, and age-related symptoms like cellulite, fine lines, and wrinkles.

Horse chestnut is good for the circulatory system. Its seed extracts can provide for the proper functioning of blood vessels. Their active compounds – of which include 16 to 20 percent of aescin – prohibit the growth and development of enzymes that are harmful to capillary walls and boost veins’ capability to function properly, which in turn reduces fluid retention and promotes the return of the blood to the heart.

Fluid retention in the legs are common among people who stand for long hours at a time, and to people who are obese. This happens when the pressure in the leg veins makes them swell, turning them into varicose veins. A compound that is found in horse chestnut, aescin, employs a vasoprotective role by protecting collagen and elastin, which are the main protein compositions of veins.

Aescin is also a saponin that is used in soap products, high-quality creams, and lotions; this is why horse chestnut is also purported to do wonders for the skin and hair.

Ways to use horse chestnut

Horse chestnut is used extensively for its medicinal benefits. However, it is always good to take note that if you drank tea or applied concoctions topically in your skin and the tea or concoction is made with unprocessed horse chestnut bark, flowers, leaves, or seeds, the chances that you will get poisoned are very high, as horse chestnut contians a toxic compound called aesculin.

Some of the harmful effects of raw horse chestnut include bleeding of the gum, nose, or skin; blood in fecal matter or urine; decreased quantities of urine; joint and muscle pain; skin rash; unusual bruising; stomach upset; headache; or itching.

Horse chestnut has been widely-used in Germany for decades; there are no reports that taking properly prepared horse chestnut products can bring about harmful effects.

Horse chestnut has also been increasingly used in massage products that athletes apply on their bodies to treat joint or muscular pain after extraneous workouts.

Horse chestnut can rejuvenate the body.