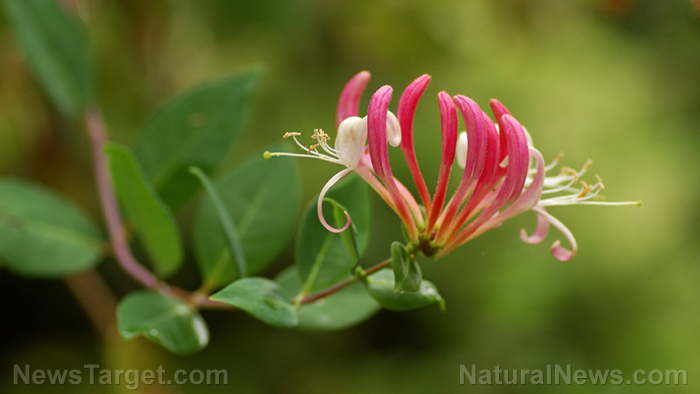 Honeysuckle is a flowering plant that can either be a shrub or a climbing vine. They are native to areas north of the equator, and are common in North America. The plant has tubular blossoms that are either yellow, red, or white in color.  According to AnniesRemedy.com, they are seen as more of an ornamental plant in the West, but feature prominently in herbology and healing in the East, particularly in China, where they are one of the 50 fundamental herbs in traditional Chinese medicine. 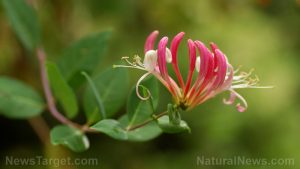 Honeysuckle is mainly used for its many health benefits. According to LiveStrong.com, there are two types of honeysuckle that are used medicinally: European honeysuckle and Japanese honeysuckle. The plant has many properties that benefit one’s health and well-being.

Honeysuckle contains anti-inflammatory properties that can be used to treat a variety of health conditions, from pain to fevers to joint problems. It also has antiseptic properties that can protect against infections, especially those that are caused by Streptococcal bacteria. The plant can be used as a gargle or mouthwash to boost oral hygiene and dental health.

Honeysuckle stem can be used to treat cuts and skin rashes, particularly those acquired from poison oak.

As a tea, honeysuckle is an effective expectorant, and can be a great remedy for cough and the common cold, particularly when combined with chrysanthemum flowers. The plant has been associated with treating asthma, as well as upper respiratory tract infection. According to StyleCraze.com, it is also great for boosting the immune system, due to high amounts of vitamin C.

In addition, the plant can help curb nausea and vomiting.

Honeysuckle has calming properties that make it an especially effective relaxant when used as a massage oil. Using honeysuckle this way can relieve muscles from pain, improve sleep, and help provide relief from anxiety and stress.

Honeysuckle may also be an effective remedy for:

Here are the body systems that benefit from honeysuckle:

Ways to use honeysuckle

Aside from brewing honeysuckle tea or applying it topically as a tincture or ointment, honeysuckle can also be used in cooking. The edible flower adds a unique twist to many dishes, and doing so can help one get the health benefits of this plant. Ways to incorporate the plant into one’s diet, according to MNN.com, include making honeysuckle sorbet, syrup, jelly, cordial, and honeysuckle and jasmine cupcakes.

Honeysuckle is an effective anti-inflammatory food and can treat fevers and joint pain.

It can protect against Streptococcal bacteria.

It can be used as a gargle or mouthwash to support oral health.

Honeysuckle is an effective remedy for cuts and skin rashes.

It is an expectorant that can be used to cure cough and the common cold.

It can treat asthma and upper respiratory tract infection.

The plant can be used to alleviate nausea and curb vomiting.

As a relaxant, it can be used to relieve mental and physical stress.