Group A streptococcal infection – causes, side effects and treatments at NaturalPedia.com 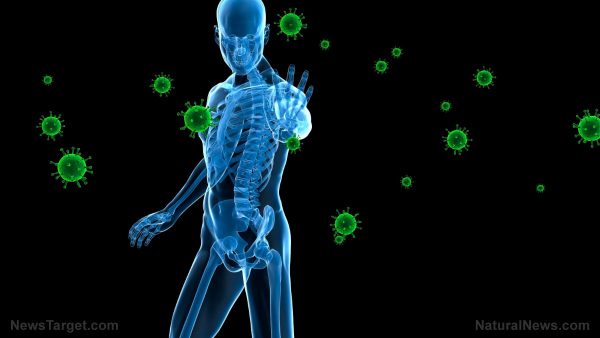 Group A streptococcal (GAS) infections are bacterial infections that can cause a variety of conditions – some minor, such as mild skin infections and a sore throat, while others are life-threatening. In particular, a well-known GAS infection is strep throat, which is also one of the most common forms of the disease.

The infections are caused by the bacterium Streptococcus pyogenes, a gram-positive coccus (spherical bacteria) that is highly communicable and is found in most areas. It is also referred to as group A beta-hemolytic Streptococcus (or group A strep) and it spreads either through skin-to-skin contact or from being exposed to respiratory droplets from a person infected with the disease.

In the U.S., at least 10 million people have reported having noninvasive GAS infections every year, according to estimates from the Centers for Disease Control and Prevention. For the most part, most reports are limited to throat and mild skin infections. However, reported cases of invasive GAS infections are on the rise, with researchers suggesting that this is due to the pathogen’s increasing ability to cause disease. 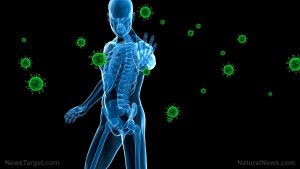 Known risk factors and symptoms of group A streptococcal infections

There are various factors that increase a person’s risk of disease, including both host and environmental factors. Those who suffer from certain conditions such as HIV infection, diabetes, and cardiac disease have a high risk of being infected with invasive GAS disease. Being around a person with a GAS infection also increases the risk of acquiring it.

Depending on what type of infection a person has, he may manifest various symptoms.

If a person has streptococcal sore throat or strep throat, he may experience the following.

A person infected with scarlet fever would have the following symptoms.

Impetigo, another condition caused by streptococcal bacteria, can be caused by group A strep; however, some cases could also be the result of the S. aureus (or “golden staph” bacteria). Symptoms include:

The following complications are caused by GAS infections.

For the most part, GAS infections are benign and could be treated by several home remedies, including the following:

Treatment and management options for group A streptococcal infections

Treating GAS infections depends on the type of infection. However, healthcare professionals should take note of symptoms presented by GAS, as this may lead to TSS.

While there is prescription medicine to treat GAS infections, some natural ways to relieve symptoms include:

Group A streptococcal (GAS) infections are bacterial infections the can cause a variety of conditions – some minor, such as mild skin infections and a sore throat. Other infections, on the other hand, are life-threatening.

Various factors increase a person’s risk of having GAS infections, including both host and environmental factors.

While there is prescription medicine to treat GAS infections, there are natural ways to relieve symptoms. These include gargling with salt water, using a humidifier, and sipping warm beverages, to name a few.