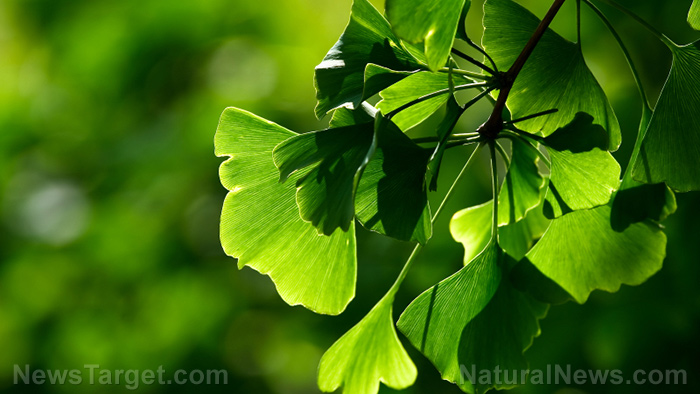 Ginkgo biloba is among the world’s oldest trees and is especially popular for its high nutritional value and many health benefits. This living fossil may stand more than 130 feet and is characterized by its vibrant green, fan-shaped leaves. According to the health and wellness website MedicalNewsToday.com, extracts from ginkgo biloba leaves have been used as herbal supplements in the form of liquid extracts, capsules, and tablets. 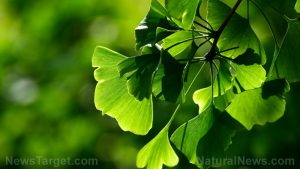 Ginkgo biloba is widely known for its abundant nutrient content. While its leaves are notably useful in a variety of medicines, the tree’s edible nuts are also found to be of high nutritional value. Ginkgo nuts contain:

Ginkgo biloba is best known for its positive effects on the brain and the overall health of the nervous system. As per previous studies, ginkgo biloba may help boost cognitive health and focus, increase memory and retention, and stimulate creative thinking. This makes the plant especially beneficial for people suffering from Alzheimer’s disease and dementia. Likewise, ginkgo biloba extracts may help accelerate the nervous system’s reaction time and slash the risk of nervous system conditions. The plant is also found to reduce the symptoms of Parkinson’s disease and Raynaud’s disease. In addition, ginkgo biloba extracts are found to treat depression, anxiety, and fibromyalgia.

The plant’s high antioxidant content helps rid the ocular system of oxidative stress, which leads to the prevention of the onset of macular degeneration and cataracts. Ginkgo biloba extracts are notably effective in improving vision and increasing long-distance sight capacity in patients with glaucoma and other vision issues. Aside from this, ginkgo biloba is noted for its anti-cancer properties. The plant is notably rich in a variety of antioxidants — including terpenoids, flavonoids, and polyphenolic compounds — that rid the body of free radicals and lower the odds of developing cancer.

In addition, ginkgo biloba’s anti-inflammatory properties make it a potent treatment for various respiratory diseases such as bronchitis and asthma. The plant is also known to improve blood circulation and overall cardiovascular function, which in turn reduces the odds of developing high blood pressure, blockages, strokes, and blood clots.

The plant is also a well-known remedy to both premenstrual syndrome and erectile dysfunction. Furthermore, the plant is notably effective in improving skin health, facilitating hair growth, and alleviating painful hemorrhoids.

Ginkgo biloba is particularly beneficial to the brain and the nervous system, the circulatory system, and the respiratory system. The plant is also helpful in maintaining good eye health and preventing diseases of both the male and female reproductive systems. In addition, ginkgo biloba supports the skin maintenance and hair growth.

Ways to use ginkgo biloba

Ginkgo biloba is primarily used as an essential tea to counter spring allergies. Likewise, ginkgo biloba extracts can be added in a variety of natural skin care products such as facial packs, skin cleansers, and sunscreen. The plant can also be used as a topical cream for skin inflammation. On the other hand, ginkgo nuts are used in mostly sweet and savory dishes including soups, desserts, meat dishes, and vegetarian recipes. According to Food.com, ginkgo nuts are a traditional Chinese food, and are especially popular in Japan and Korea.

The plant reduces the odds of respiratory diseases and cardiovascular conditions.

The plant supports eye health and both the male and female reproductive systems.