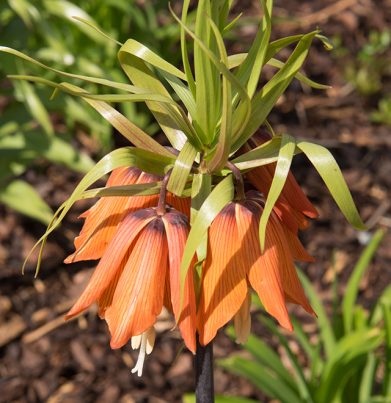 Fritillaria is a genus of perennial, bulbous flowering plants belonging to the lily family, which is spread across the temperate regions of the Northern hemisphere. Though many species of fritillaria are toxic and unsafe, a number of them, like yellow Himalayan fritillary (Fritillaria cirrhosa), are commonly used in traditional Chinese medicine to treat conditions relating to the respiratory system. The bulb is the part valued for this specific purpose, and continues to serve as an ingredient in herbal formulas to this day. 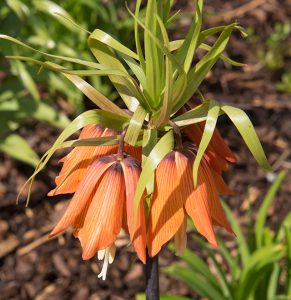 The majority of fritillaria contain the same variety of alkaloids, or plant-based organic compounds that are believed to have beneficial physiological effects. These include chinpeimine, fritimine, minpeimine, and sipeimine. These alkaloids are believed to be responsible for the antispasmodic, antitussive, demulcent, and expectorant qualities of fritillaria.

Fritillaria has been used throughout the centuries to treat:

Many of the medicinal applications of fritillaria are connected to the lungs. In traditional Chinese medicine, this is due to the bitter, sweet, and slightly cold nature of the plants that is thought to be connected to the health of the lungs and heart. Today, fritillaria is known for its ability to eliminate and decrease the production of phlegm and mucus by cooling and moistening the lungs, as well as reducing inflammation. These qualities greatly lower the risk of asthma, bronchitis, and other lung-related ailments.

Fritillaria also has potent antitussive properties that make it effective at providing relief from coughs.

The respiratory system can greatly benefit from fritillaria thanks to its potent effects on mucus and phlegm. Fritimine, one of the alkaloids that it contains, minimizes respiratory system irritability and aids fritillaria in keeping the lungs as healthy as possible. Moreover, fritillaria can help widen the bronchial tubes and allow easier air passage into the lungs.

Fritillaria is good for the heart too, since it stimulates heart function, while its alkaloid content decreases blood pressure.

Ways to use fritillaria

Regardless of the species, fritillaria bulbs are toxic and can cause serious health complications when ingested. Hence, fritillaria is most readily available as a powder or capsule. Some specialty stores, however, may carry dried whole bulbs that have been boiled or steamed beforehand to reduce the risk of poisoning.

Because of this, pregnant women and individuals with weak digestive systems should avoid taking fritillaria unless under strict medical supervision.

Note that the demand for fritillaria can be quite high, so acquiring it can be an expensive endeavor.

Fritillaria is a plant that can support the lungs, as well as the heart, thanks to its effects on phlegm, mucus, and the bronchial tubes. Its numerous medicinal qualities make it effective at relieving the symptoms of cough, asthma, bronchitis, and swelling. Raw or unprocessed fritillaria bulbs are toxic, however, and should never be eaten without preparation.