Fibroids – causes, side effects and treatments at NaturalPedia.com

Fibroids are non-cancerous tumors that develop on or within the uterus. Also known as uterine myomas or leiomyomas, fibroids are most often round in shape and are comprised of the same smooth muscle cells that make up the myometrium. Fibroid vary in size, with some being as small as a bean, and others as large as a melon.

The exact cause of fibroids is unknown. However, they tend to develop in women between the ages of 16 to 50 years. According to MedicalNewsToday.com, these are the reproductive years, meaning that estrogen levels are at their peak. Up to 80 percent of women can develop fibroids by the age of 50; though fibroids can also affect 30 percent of 35-year-old women.

There are different kinds of fibroids classified according to their location within or on the uterus. The most common types of fibroids are: 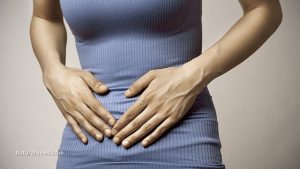 Known side effects and risk factors of fibroids

Several factors can make a woman more prone to fibroids:

The symptoms brought on by fibroids vary depending on their location, size, and numbers. Some women may experience little to no symptoms, while others can go through any of the following:

If present during pregnancy, fibroids can bring about pregnancy and labor problems. For instance, a fibroid blocking the vagina will make it necessary for a pregnant woman to undergo a cesarean section instead of giving birth naturally. Fibroids can also increase the risk of premature labor and miscarriages.

Infertility is another issue resulting from the presence of fibroids. There have been cases where fibroids block the Fallopian tube and make it harder to get pregnant. Though rare, fibroids have been known to prevent a fertilized egg from attaching itself to uterine lining, or even keeping sperm from reaching the egg.

Food items or nutrients that may prevent fibroids

According to Natural-Fertility-Info.com, fiber is one of the best nutrients for preventing fibroids. This is because fiber can help get rid of excessive estrogen. Quinoa, chia seeds, dark leafy greens, and whole grains are excellent fiber sources that every woman should include in her diet.

Women who already have fibroids should aim to consume more foods that possess anti-inflammatory properties. Fruits, vegetables, lentils, and beans can all fight inflammation in their own ways. Additionally, these foods tend to have low glycemic index (GI) numbers and therefore have little impact on blood sugar levels. Foods with high GI numbers are known to cause inflammation, so opting for low GI foods is a must for women who have fibroids.

There are numerous treatment options available, but the first line of treatment is usually medication. The medication prescribed for fibroids is most often meant to regulate hormones, which in turn causes the fibroids to shrink. This is the primary mechanism behind gonadotropin-releasing hormone (GnRH) agonists like Luprone. Other medications won’t shrink fibroids or eliminate them. These medicines can, however, help control the pain and bleeding that occurs during menstruation.

Fibroids can be surgically removed through a process known as an myomectomy. For more severe fibroid cases, a hysterectomy may be the only option. Though this means that childbearing will not be possible in the future.

Fibroids are abnormal, non-cancerous growths that can develop anywhere on or in the uterus. They usually develop in women between 16 to 50, but can disappear during menopause.

Women who have fibroids can experience no symptoms, or serious ones like heavy periods with blood clots, frequent urination, and pain during intercourse.